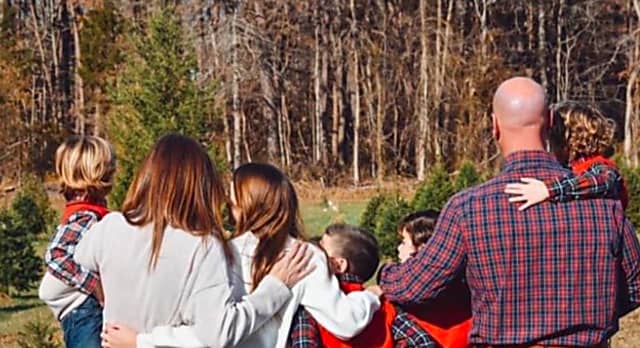 One big silver lining as of Monday night: Neighbors and other friends had raised more than $102,000 to help the displaced family of seven resettle.

Half of the 3,800-square-foot home on Twin Oaks Drive in Shamong was engulfed in flames when firefighters arrived at 2:43 p.m. on Saturday, and six vehicles worth $400,000 were destroyed, authorities told NJ Advance Media.

“Once I saw what I had when I got there and seen what it did when the wind blew, I knew we were in trouble,” Chief John Smith of the Indian Mills Volunteer Fire Co. told NJ.com. “It’s a shame it was a total loss.”

The fire started in the garage of the home when a Dodge Viper ignited for unknown reasons, Smith told the newspaper. The homeowners were celebrating a child’s birthday in the basement of the home when the smoke alarms went off and the father saw smoke coming in through the garage, Smith said.

This GoFundMe page was started for homeowners Jacqui and Jerry Schwartz and their five children.

Amy Debye, the fund’s organizer, wrote: “Jacqui and Jerry are two of the kindest, most involved and generous people in our tight community. They have five amazing kids Maddy, Joey, Benny, Danny and Auggie.”

They “light up every room with their smiles and personalities,” Debye wrote. “I just want to start a fund to help the ball rolling, as I’m sure they will need a lot given their circumstances, and would not want to ask. Please Shamong community let’s help this amazing family.”