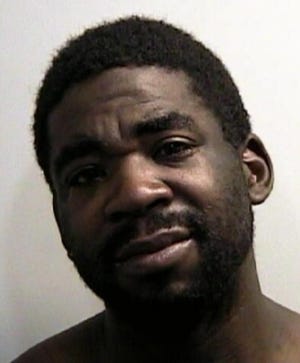 An ongoing Tallahassee Police Department investigation into child sex trafficking appears to have begun after a homeless 13-year-old girl was pulled out of a life of exploitation.

After the child was recovered, detectives got search warrants for her Facebook and other social media and phone accounts, which uncovered a multitude of sexually charged conversations she had with suspects in the case, according to newly released court documents.

Over the past week and a half, police arrested at least 15 people on a variety of human trafficking and child sexual battery charges. The allegations date back as far as early 2018.

More:Ten people, including a City Commission candidate, arrested in Tallahassee on variety of child sex crimes

It’s unclear whether all of the cases involve the same teen or if there are other young victims. Arrest records for five of the defendants, however, refer to a homeless teenager who was recovered from a domestic sex trafficking operation.

The girl communicated with the men — frequently in some cases — through social media and an internet phone service called TextNow. In one case, investigators found active Facebook chats between the girl and one of the men.

In the conversations, the parties talked about prices for sex and arranged for times and places to meet, according to court records. In some cases, she sent graphic photos of herself at the request of prospective johns.

TPD, which is listed as the arresting agency on court documents, has been particularly quiet about the operation since arrests began July 13. The first wave of arrests was omitted from daily booking reports, though three defendants appeared in the summaries this week.

“We don’t have a statement at this time,” said Officer Kevin Bradshaw, a TPD spokesman.

State Attorney Jack Campbell said he couldn’t talk about the investigation either: “It’s still ongoing,” he said. “I’m not going to be able to comment on it.”

TPD got assistance rounding up the suspects from the Leon County Sheriff’s Office, the Florida Department of Law Enforcement and the U.S. Marshals Service, according to court documents.

Court records indicate the girl was not always homeless and at times lived with her mother. One arrest report says the girl’s mother told one of the men she was 19 before he had sex with her.

Investigators believe one of the suspects, Jermaine Miller, got to know the victim through his volunteer work at an outreach center that helps at-risk youth. Police reports don’t specify the organization.

Miller, 29, agreed to talk to detectives in an interview last year.

“The victim in this case was known to frequent and receive services from the same outreach center,” arrest reports say. “The messages (begin) as if the two already know each other, and during Miller’s interview he was aware the victim was homeless.”

Miller, who was homeless himself for years, is a write-in candidate for the Tallahassee City Commission. Police found conversations between him and the girl from March to August 2018.

He allegedly offered her $100 for sex and asked her to send an explicit picture of herself, which she did, court records state. Miller acknowledged he was “always worried” that the victim may be underage and said he never followed through on plans they made to meet.

Investigators found more than 800 contacts between the girl and another defendant, Michael Wooten, on two of her phones, according to court records.

Wooten, a 42-year-old registered sex offender, was arrested July 14 on two counts of lewd and lascivious battery after admitting in a 2019 interview that he had sex with her. He was previously convicted in 2002 of sexual battery.

“Wooten had ample time to observe and interact with the child victim and know she had not reached the age of 18,” the arrest report says.

Another defendant, Terrance Faulk, offered to pick the girl up and take her to another man’s house in December 2018, court records show. He was arrested July 14 on four counts of lewd and lascivious behavior and three counts of kidnapping.

Faulk, 38, also admitted in an interview that he had sex with the girl several times — and set her up with other men.

The arrest report says, “Faulk believed he put about three people toward the victim for sex in exchange for money.”

Kelly Payne, 32, arrested July 13 on lewd and lascivious battery charges, said he got to know the girl through an acquaintance. He said he met her only one time, at her residence.

Travis Thomas, 37, who was arrested July 14 on lewd and lascivious behavior charges, told police he visited a website with an advertisement that featured the girl.

“(He) further admitted he had seen the ad for the child victim when I showed him a partial screen shot,” an arrest report says. “Thomas admitted to having been to the child victim’s house and recalled the general area where she lived.”

Three more men were arrested Tuesday on charges of lewd and lascivious behavior and use of a communication device to facilitate the crimes.

Never miss a story: Subscribe to the Tallahassee Democrat.