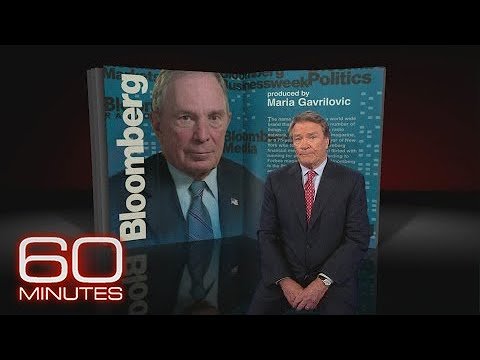 The former mayor of New York City spoke with Steve Kroft about his fortune, viewing personal philanthropy not as a threat to democracy, but a way to get things done. See this week’s full interview with Bloomberg, here:

Get the latest news and best in original reporting from CBS News delivered to your inbox. Subscribe to newsletters HERE:

Get your news on the go! Download CBS News mobile apps HERE:

Get new episodes of shows you love across devices the next day, stream local news live, and watch full seasons of CBS fan favorites anytime, anywhere with CBS All Access. Try it free!