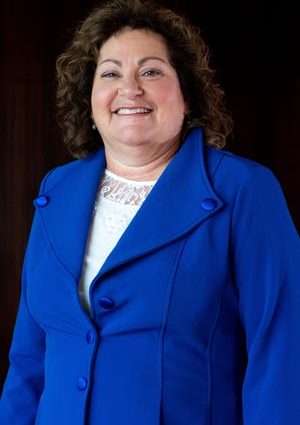 They were overlooked, dismissed.

Arrested for soliciting for sex, maybe for having a syringe or a small amount of heroin, these women were then let go. They were sex-trafficking victims with low self-esteem and addiction disorder, and even the jail had no place for them.

“They were left to do what they were doing,” Hamilton County Municipal Court Judge Heather Stein Russell said, “with no way out.”

Then two Cincinnati police officers talked to Russell about these so-called criminals who were suffering as victims. And Russell responded, bulldozing a path for these human-trafficking victims in Greater Cincinnati in 2014 with a specialized program called CHANGE Court.

Russell is one of The Enquirer’s Women of The Year.

The acronym CHANGE means Changing Habits And Setting New Goals is Empowering. It’s a court that is chosen by, not required of, its participants. It has become a certified special docket in Ohio. CHANGE Court offers women treatment for trauma and addiction, basic needs from faith-based organizations, places to live, record expungement, job training – and a lot of little things along the way.

That includes something sweet, like cookies baked by volunteers, every so often, Russell said, “Because even in the bitterness and in the hard work of recovery, there’s still some sweetness.”

“She empowered me,” a CHANGE Court participant identified as Jackie said in a letter supporting the judge’s nomination.

Russell has seen the victories. But she has also seen many women in her court drop out, relapse into drug use and re-victimization. The journey is hard.

“All my girls have been betrayed by family,” Russell said. Through CHANGE Court, she becomes their champion and their protector.

“It is kind of a combination of mother and mentor,” Russell said. She comes to know the women’s children’s names and sees their photos. Eventually, if all goes as planned, the women are reunited with their kids.

The women get love, yes, the judge said. But Russell added that, sometimes, she has to remind them that she is not their parent, she is their judge.

Jackie wrote that the judge was “rough on you when she needed, but did it with kindness.”

Participants are first put into a jail-based treatment center. It keeps them off the streets and helps them begin to heal from addiction, Russell said. They move through phases, getting psychological and medical help – they often have liver issues from hepatitis C and dental problems – and eventually housing and job training.

All the while, the women get experiences like many never had before, such as making door-hanger wreaths, learning yoga or practicing martial arts.

Russell meets with them every week. They file into the courtroom and are, one at a time, asked to come forward and chat. “We talk about what triumphs and challenges that person has had that week,” she said.

If they fall back, Russell gives them a consequence. It could be to write a paper. It could be something else.

“She has touched and restored the lives of women who may have been considered untouchable and beyond restoration,” wrote Mary Ann Jacobs, on behalf of Cheviot United Methodist Church, which nominated Russell for Women of the Year.

“There are few in this world who can look back and see the difference they made in the lives of others,” said Newtown Police Chief Tom Synan, who has advocated for county efforts to treat rather than jail people with addiction.

“She has been an unlikely advocate for those who society often shuns within the courts,” Synan said. “I have sat in her courtroom … not a dry eye in the room, watching women graduate from CHANGE Court with a job, a place to live and their kids returned to them.”

But it is the women who’ve taken part in CHANGE Court who have the most to say about Russell.

Jackie wrote that, while she volunteered for the specialty court, she initially planned to skip out of CHANGE Court and slip back to the streets when she got a chance.

“But each week, going to court and seeing a judge care about you made you believe in yourself,” she wrote. “Judge Russell showed me that no matter how low I think I am that I am important, and people do care.”

What inspires you to give back? “Everything I’ve done my whole life legally and professionally has led me to this. I’ve had a very victim-oriented career … and most often, I see defendants as victims.”

What need in the community would you like to see addressed? “I wish everything wasn’t so politicized. If we, at a local level, could reorganize ourselves to say, ‘Who wants to work on this problem,’ we would find we have more in common than what separates us.”

Who most influenced or inspired you to care about others? “My parents.” Fay Cohen Stein and Dr. Morris Stein, she said, were Jewish and as such taught her the concept of Tikkun Olam, “an obligation to help repair the world,” she said. “They encouraged me.”