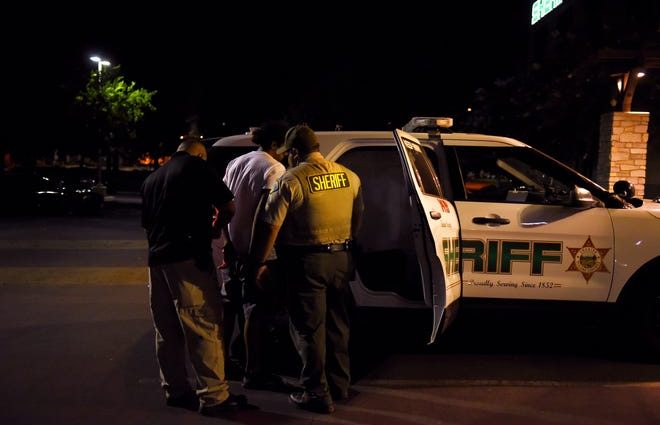 A multi-agency effort late last week ended in half a dozen human trafficking arrests throughout Visalia.

The sting focused on “Johns,” also known as men who pay for sex. In many cases, the men and women they pay are trafficked by gangs and groups outside the area.

Police didn’t release details on how they lured the Johns, but said six were arrested and another person is likely to be charged in connection with Friday’s detail.

Arrested on Friday were:

The FBI calls human sex trafficking the most common form of modern-day slavery. As many as 50,000 people, including children, are forced into sex trafficking every year.

Law enforcement officers call it an underground crime. In most cases, it’s a misdemeanor that rarely brings jail time, making it hard to keep recidivism down.

Women or girls as young as 12 can be expected to have sex with as many as 15 men a day. The problem doesn’t stop with females, as more and more males and transgender victims are also starting to show up nationwide.

Last year, Christopher Rodarte, 55, a doctor in Visalia was arrested in February during an undercover “John” sting. He was later charged with one misdemeanor count of soliciting prostitution. He pleaded no contest to that charge and was ordered to pay $270 in fines and complete 100 community service hours by Aug. 1.

In Visalia and Tulare, police say it’s nearly impossible to make an arrest without hours of surveillance and undercover operations — like Friday’s. In many cases, they rely on the community to offer tips.

Prostitution and solicitation are misdemeanors. Most convicts will face local jail time or community service and fines. Some will be required to submit to STD testing because courts know the crimes won’t stop and don’t want diseases to spread.

Prosecutors can tack on additional charges and seek federal charges in some cases to increase penalties.

“We stand today ready to seek justice and send a message that traffickers will be held accountable for the lives they destroy,” District Attorney Tim Ward said after a past sting.