A Harbor for the Homeless 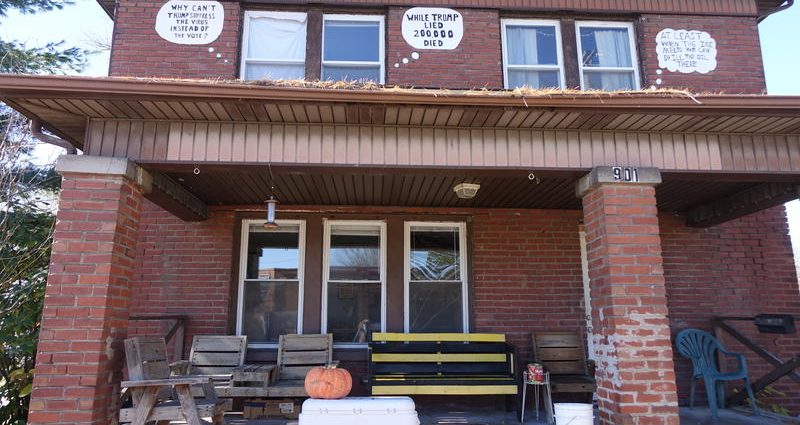 Shameko Spivey trailed behind two of her children, Diryne and Lauren, into a cement gray room. Action figures, board games, and books spilled across the tile floor. Spivey, a soon-to-be mother of five sat and shuffled with an array of children’s stories. As of November, Spivey and her kids are new residents of local homeless shelter, the Salvation Army Harbor House.

Spivey was laid off from her job at Columbia Mall as a shoe saleswoman because of COVID-19. As a single mother, she struggled to house her family without a job.

“I don’t have any support when it comes to co-parenting. I lean more so towards resources as far as in government assistance,” Spivey said.

Initially, Spivey introduced herself under the alias of “Nicole” because of embarrassment she felt about her situation.

“It kind of sounds like I could be possibly sympathizing for myself, but I really could not maintain housing and, and the things that my children needed because of me not being able to get the right amount of hours of work,” Spivey said.

However, her circumstance is not uncommon. It is predicted that there will be a 40-45% increase in homelessness during 2020, according to a study by Columbia University.

Yet, with an ongoing pandemic and winter approaching, shelter is a means of survival for the homeless community. Homeless individuals are more susceptible to hospitalizations, critical care entry and fatalities. Hsun-Ta Hsu, an assistant professor for MU School of Social Work explained that Columbia is a hub city for homelessness in the Midwest because homeless individuals flock toward the increased access to resources.

However, since the pandemic, the Harbor House  stopped offering certain resources and services. Since the City of Columbia guidelines require social distancing to be enforced, Harbor House’s maximum capacity fell from 61 beds to 40 beds. Additionally, shelters must have a space for residents to quarantine if infected with the virus. So, Harbor House set aside a family-style bedroom with four mattresses.

Consequently, aspiring residents are turned away when the shelter reaches max capacity.

There are various homeless shelters around Columbia that offer housing, however each location has different requirements for entry. These requirements limit Spivey as a pregnant mother because many shelters do not allow children. Because of this rule, Spivey cannot access housing from the Famous Program, True North or The Room.

Spivey believes these limitations pose an issue for homeless families in Columbia, especially during COVID-19and wintertime.

“I think that it’s going to be a problem only because there is only one shelter, here in Columbia that I feel is a coed shelter that is for the community,” Spivey said.

Lack of space and an increase in need for funding in homeless shelters occurs across the nation.

The total cost of sheltering and quarantining the homeless population for one year is $11.5 billion and an additional $4 billion for re-housing, according to the National Alliance to End Homelessness. The HEROES Act, approved on Oct. 1, 2020 by Congress, only covered $9 billion of that.

Insufficient funding limited national resources for the homeless community. Most of the responsibility remains on local organizations.

Currently, every night over half a million Americans become homeless. According to the American Journal of Nursing, homelessness is its own epidemic in the United States. The combination between COVID-19 and winter are increasing the homeless communities’ numbers.