A scourge to humanity – The Manila Times 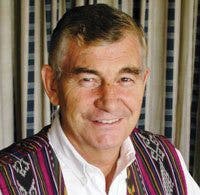 Human trafficking and child sexual abuse are still alive and thriving in the Philippines. Online sexual abuse of children is everywhere, it seems, and more must be done by the telecommunication corporations to stop it. That’s why this heinous crime against small children to satisfy the sexual lust of foreign pedophiles is so abhorrent. Shame on all who allow it to happen with impunity. The Philippines has become the hub for such crimes. The National Bureau of Investigations in Olongapo City and in Manila rescued 18 women and children and arrested three human traffickers recently.

In Angeles City this week, two children were rescued and two pimps, both minors, were arrested and turned over to the social workers of the city. An American, Nicholas Pyant, was arrested by the Philippine National Police in a room with children and should be charged with sexual assault and rape of young children. Pyant was under surveillance for weeks and is allegedly a known child predator.

In Barrio Barretto, Olongapo City minors are brought to sex hotels to be sold as sex slaves to customers. They are a hub for spreading the coronavirus and human trafficking. The sex industry exists for the sexual gratification of foreign sex tourists and rich locals and earns huge profits for the foreign and local owners of the sex bars and hotels.

The social workers of the Preda Foundation are regularly active in intelligence gathering and provided vital information and assisted in the recent rescue of the trafficked women and minors in the Barretto night club district. The four minors were referred to the Preda Home for Girls where they are safe from the sex mafia and the families of the human traffickers. At the Preda home, they receive full support, affirmation, counselling, emotional release therapy, and education and value formation to prepare them to have a normal, happy life. You can view life in the Preda Homes on Preda Foundation YouTube channel https://youtu.be/G0fFNmHSYic

The Preda home will assist the minors in bringing charges against their abusers and traffickers. Together, we win several convictions of traffickers and child rapists every year.

In 2018, we had 18 convictions. In 2019 we helped the children win 20 convictions leading to life sentences. This year 2020, 13 convictions have been won so far. There would be more but because of the pandemic, the courts were closed.

Fighting for justice is a particularly important healing therapy for the children to get justice and to testify in court on what the abusers did to them. Most victims/survivors are teenagers. Some are only three years old. They can then have a happy, secure life, knowing that their traffickers and rapists are behind bars and can abuse children no more.

Some of the teenage children victims of human trafficking also want to be advocates for children’s rights and to speak out as it is their right of free expression. They volunteer and sign on to be child rights advocates, a brave and courageous action to take. While we adults do everything to protect their identity, we cannot stop them from exercising their human and civil rights to speak out against human trafficking and advocate children’s rights. The #MeToo movement is a way for women and children to experience freedom from abuse and to fight for justice and many young survivors want to be part of it.

It is adults that allow the sexual exploitation of children in the first place. The horrific child sex abuse business that is a scourge today in the Philippines resulted from the presence of the US Naval Base at Subic Bay, Olongapo City, many years ago. Thousands of women and children were exploited and abused in hundreds of sex bars catering to US Navy personnel.

It was a wonderland of sex fantasy and abuse. Pedophiles flocked there and the sex mafia systematically and efficiently allowed them to sexually exploit, rape and abuse children. The government allowed and promoted it and the rich made millions of dollars.

In 1983, I discovered a child sex abuse syndicate selling children as young as nine years old to US sailors. I broke that story in the media and instead of being recognized for taking a stand for justice and truth and child protection, I was vilified by local government officials at the time and brought to trial at the Bureau of Immigration to be deported. The charge was that my child protection work and writing was bringing Olongapo City and its officials into disrepute. They felt I was blaming them for the child sex industry. They denied all responsibility despite a high-profile military court case in Guam that brought a US officer to trial for child sexual abuse in Olongapo City. A sad state of affairs indeed.

That’s how journalists and child rights campaigners fighting for the dignity of the Filipinos were dealt with. But I won my case, was found innocent and continued my work protecting human rights from my base in the Preda Foundation. When the city officials said they would close the Preda home for children, I said it would be better to close the US Naval Base. An idea was born, and I started a “Life after the Bases” campaign to close the US military bases and convert them to civilian economic zones. It was amazing then how many people, in the Catholic Philippines, were hostile and negative to that vision of hope and help.

Against all opposition, however, I promoted that idea and it caught on and a coalition of civil society members was formed that eventually persuaded the Philippine Senate to vote against the continuation of the US military bases. The conversion plan I formulated was eventually implemented and Subic Bay is now a thriving industrial area giving jobs with dignity to thousands of Filipinos. Human trafficking never really ceased, however, and years later it began to make a comeback as tourism was promoted. So, today we are still fighting this scourge to humanity and protecting Filipino children.