A year on, Lebanon’s protests have faded and life has got worse 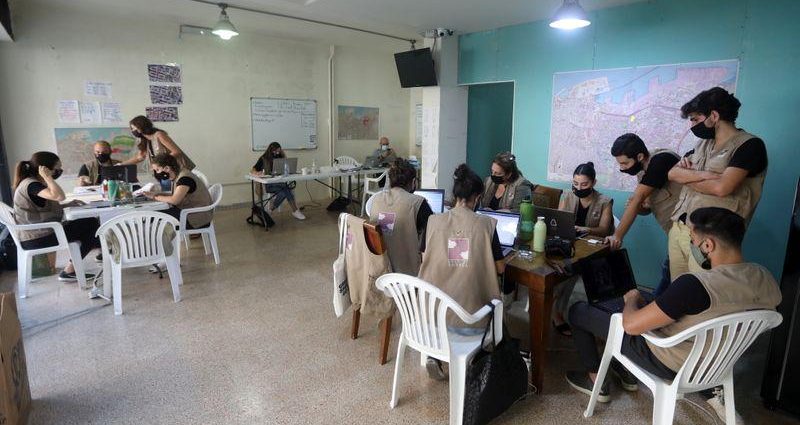 BEIRUT (Reuters) – One year after Lebanese erupted in rage against politicians they blamed for economic collapse, squares once packed with angry demonstrators are empty and camps set up to shelter the protesters lie deserted.

While the anger has not gone away since mass protests swept the country late last year, there is little energy left as the pandemic spreads, unemployment rises and the capital city reels from a huge explosion in August that left thousands homeless.

Some of those who did demonstrate against the authorities in the aftermath of that accident were met with teargas and police batons.

Dany Mortada, a 28-year-old activist, was among hundreds of thousands people who marched through the streets of Beirut and other cities for weeks in 2019.

As he looked across a Beirut square at the centre of the uprising, he believes the spirit of protest lives on.

“The revolution still exists in the heart of many people,” Mortada said from in front of the government headquarters, where he once camped out night after night.

Concrete blocks were installed there last year by security forces to keep protesters away. Dubbed “the wall of shame” by demonstrators, they have turned into a canvas for anti-government graffiti and slogans.

Lebanon still has no government to confront the worst emergency it has faced at least since the 1975-90 civil war, as rival political factions fail to agree on how to divide power.

Meanwhile, its cash reserves are running dangerously low, hunger stalks middle class families, the currency has collapsed and there is not enough money to clean up the devastation – human and material – left by the Aug. 4 port blast.

After that tragedy, which killed nearly 200 people and injured thousands, it fell to young volunteers to help clear the rubble and provide support to 300,000 people made homeless.

Those hit by joblessness, poverty and hunger rely on relief agencies, local philanthropy and non-governmental organisations (NGOs), with no way out of the crisis in sight.

But in the year since last October’s uprising, the NGO has grown to help 220,000 people. Ibrahimchah quickly found that she was providing food and shelter to members of Lebanon’s shrinking middle class.

“Now we’re also fixing 3,011 homes in the devastated (blast) zones,” Ibrahimchah says. “We get 95% of our funding from Lebanese in the diaspora.”

One family she encountered in Mar Mikhael, a part of Beirut shattered by the blast, summed up how the crisis has hit the whole of society, not just the poor.

In the house live a grandmother, one of the first women to graduate from the American University of Beirut, her daughter, also a graduate from an elite university, the daughter’s husband who lost his job in a pharmaceutical company and three children.

The kids, aged 7, 10 and 11, are losing their teeth because the family cannot afford dental care.

“It’s three generations that portray what happened to us,” Ibrahimchah said. “When I got into this house, I cursed the governments and our officials.”

Rita Oghlo’s husband, a mechanic by trade, lost his last job at a restaurant because of the financial crisis. After the coronavirus pandemic struck, he found it impossible to find work. His leg was badly injured in the port explosion, and the family’s apartment was destroyed.

Struggling to get by on Rita’s income as a beautician, the family depends on donations.

“Honestly, in the past year, our lives have been upended, not just me, everybody. Now it’s just a catastrophe,” she said. “And nobody thinks about us, in the state, they don’t care”.

It is little better for those with savings. Beirut’s banks, paralysed after lending to the central bank and the state, have shut depositors out of their accounts for much of the past year.

“I have 12,000 families on the waiting list who need to buy laptops for their children” to study online during the lockdown, says Ibrahimchah. “How can the parents pay?”

Mortada, the protester, has been unemployed since before last year’s demonstrations began, but is going to stay in Lebanon where he wants to see people back on the streets, united in defiance against politicians they blame for Lebanon’s crisis.

“Squares will be full again,” he said.

Many do not expect that to happen, as the struggle to make ends meet takes over and people look for a better life elsewhere.

The annual Arab Youth Survey showed this month that whereas two out of five young Arabs are considering emigrating, that figure doubles to nearly four out of five in Lebanon.

According to the United Nations, 55% of the population lives below the poverty line, while the Beirut-based research firm InfoPro said a third of all private sector jobs have been lost.

“I think young people are trying to survive, that’s why they’re not going to the streets. I think they’ve been frightened because they’ve been threatened,” said Nasser Saidi, a leading economist and former minister.

“We’ve never had anything this bad.”