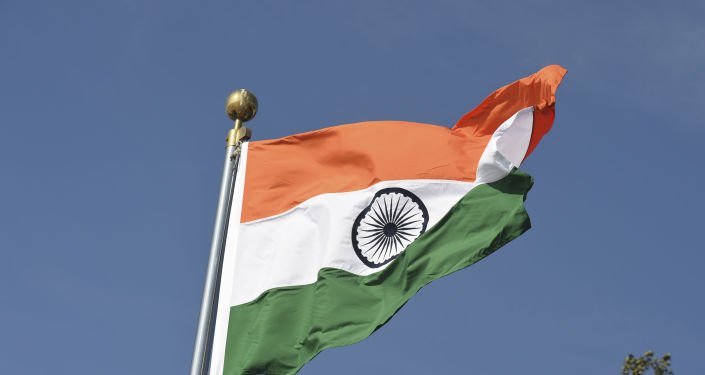 At age 12, Rumpa, a girl who lived with her humble parents in West Bengal, knew nothing about how dirty the world out there could be before a life-altering experience gave her a sense of purpose. In 2009, Rumpa was lured by the promise of work as a dancer and was later sold into India’s thriving sex market.

The scourge of human trafficking has become more pronounced in India due to the crumbling economy and ongoing pandemic, that has resulted in countless lost livelihoods and massive unemployment. Women and girls have paid the heaviest price, as they become easy victims of those seeking to make quick money by selling them into sexual slavery.

In 2009, Cyclone Aila struck the coast of West Bengal destroying homes and businesses. In a bid to seek work opportunities, both of Rumpa’s parents travelled to the touristy Andaman and Nicobar Islands, leaving their 12-year-old daughter in the care of her grandparents.

Fascinated by singers and dancers, Rumpa caught the eye of a pimp who sweet talked her, luring her from her grandparents’ house, and trafficked her into Kolkata’s unforgiving flesh market.

Kolkata, the capital of West Bengal, is home to Sonaghachi, Asia’s largest red-light area. Located in the heart of what was the Indian capital of the British East India Company, this district of narrow streets and spiralling bylanes is home to at least 11,000 sex workers.

Against all odds, fate had a better life in store for Rumpa, who was returned home by her trafficker himself after her father reached out to police officials and local activist groups.

But she came back changed.

“I was exposed to violence at the time of being trafficked. When I came back, I felt an overwhelming amount of hate, guilt, shame, and confusion. There was a lot of stigma around me initially after I was rescued. My family members were also being unreasonable, trying to get me married. I was lost. I also did not want to study. Even schools were not willing to admit me right away,” Rumpa told Sputnik, recollecting those sleepless nights and anxious days.

Later, local NGOs and activists sat down Rumpa’s scared parents and sceptical school staff and explained how important it was for her to move on from the trauma she had gone through.

Today, around five years after, Rumpa has cleared her secondary school examinations and is setting up a little grocery store to earn some money for her family. She is also an active member of the BandhanMukti Survivor leaders’ collective. She is also pursuing a legal case and has applied for victim compensation from the government.

While the National Crime Records Bureau data officially recognised 38,503 victims of human trafficking between 2011 and 2019, unofficial estimates suggest that human trafficking in India may be affecting millions of people.

Life of Survivors After They Are ‘Rescued’

The Indian Leadership Forum Against Trafficking (LIFAT) is a national organisation in India which helps victims of the flesh trade. Sputnik spoke to the group, which is run by former sex workers themselves.  After rescue, a survivor is usually brought to a shelter home, where it’s decided whether she’ll be sent home. The girls are offered vocational courses, and are helped in planning their lives.

However, information about what to expect from the process, timelines for going back home, or exiting the shelter home are not made available to the girls during this process. LIFAT believes that this contributes to the sense that they’ve lost control over their own lives.

Several NGOs and organisations like LIFAT are working towards changing these existing frameworks of “helping victims”.

“While trafficked and when recovered the person had no choice. Therefore it is crucial for their healing and recovery that caregivers ensure for survivors’ participation in planning and decision making in the rehabilitation process, rather than deciding for them. The very first step is valuing the choice she makes. If a survivor wants to go back to her home, that needs to be valued,” a LIFAT spokesperson said.

Society Needs to Change Its Mindset

They say when life throws you lemons, you make lemonade — but what happens when you can’t?

Going through traumatic experiences changes people in several ways – hindering their growth and tainting their attitude towards life in general.

Trafficking survivors at some point stop processing things as a defence mechanism –  their bodies and minds are left with scars which will always stay with them, to remind them of those eerily numbing days.

Talking to Sputnik, Arpita Nath, a psychologist who works with activist groups to rehabilitate sex trafficking survivors, said that people around survivors need to understand that trauma recovery is not about forgetting the past, it is about rebuilding the sense of self, self-acceptance and self-respect.

“The first and foremost thing is to understand that the survivor is not guilty of trafficking – they are victims of a crime committed against them by criminals,” said Nath.

“It is also important to accept and understand that the survivor, once they return home, needs more support than others to adjust to daily life. Understanding that mood swings, agitations, anger outbursts, no energy to do the daily activities are very common for them as result of trauma, therefore tagging them as ‘lazy’, ‘obstinate’, etc. do not help, such name-calling only increase trauma, and stigmatises them,” Nath emphasised.

Under India’s Trafficking of Persons (Prevention, Protection and Rehabilitation) Bill, 2018 – a trafficker could serve up to a lifetime in prison even after paying a substantial fine if caught.