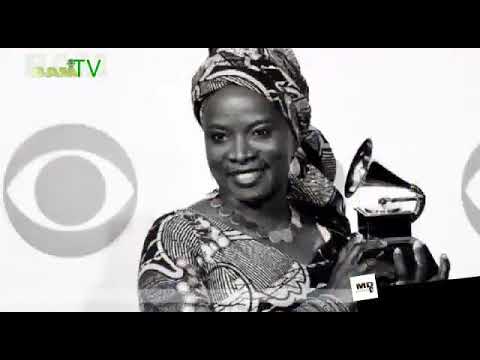 Nigerian multi-instrumentalist Sunny Ebenezer
Dada aka AFROKOKO Roots has been performing since the age of 4!
He studied Music Business at the Bohai Univesity Jingzhou China.
AFROKOKO was the first African Man to bring
Afrobeat to China, and has worked with the Chinese
Government to teach African Culture and Music to students in
Government schools. He has performed at China’s biggest
festivals and events including Midi Music Festival,
Strawberry Music Festival and the 2008 Beijing Olympics
(the opening through to closing ceremonies). And he is the only
African to have performed with the Chinese National Symphony
Orchestra. It is no surprise that in China he has been
referred to as the ‘Godfather of Afrobeat.’
His unique percussive and vocal
performance has seen him feature on line-ups of major
festivals all over the world including WOMA Delaide (AUS),
Homegrown (NZ), Teuila Festival (Samoa), Rio Music
Carnival (Brazil), Soul Music Beach Festival (Aruba),
Oppikoppi-Limpopo (SA), Field Day (Eng), Montreux Oniria
Festival (Switzerland), Sunsplash Reggae Festival
(Israel), Montreal Jazz Festival (CAN), Seoul Jazz festival
(South Korea), Itadaki Music festival (JAP), and Mother Of
All Hangs (US), amongst others.
Internationally he has worked with
Stevie Wonder, Jackie Chan, Jiangkemei, Cui Jian, Orlando
Julius Ekemode, Osibisa Mactontoh, just to name a few.
He has traveled to over 70 countries
throughout the US, Canada, Europe, Asia, Australia, New
Zealand, the Caribbean, and the South Pacific as a performer
(percussion/vocals/bandleader/dancer), teacher,
songwriter/composer, producer, and arranger.
Sunny has worked with many charity and
non-profit organizations including UN Refugee, Unicef, Red
Cross, NGO and he has equally organized his own charity
concerts where the proceeds were donated to various charity
organizations.
Sunny Dada’s performances have
received raving reviews – it’s something you don’t want
to miss out on while he is in the US. Read the 7th Edition of BRIDGEAFRIQUE Magazine RWANDA Special to know more about #AFROKOKO SUNNY DADA# and his background. To Book AFROKOKO for your Next show or Parties Call his Management Team on #MIKEDIPSON RECORDS# +8613918943324, +1 (818) 534 6357,+2348095508232, or send an email to bridgeafriquemagazine@gmail.com

NOTE: If you love what we are doing at BRIDGEAFRIQUE Media Networks and feel led to support the continuity of the Africa Unity and Growth project, you can give into this account: NIGERIA, AFRICA:  Bank -Diamond bank. Account name -Bridgeafrique media consultancy services limited. Corporate account number – 0076137900. Free advert for all our givers on the BRIDGEAFRIQUE Magazine to appreciate the evergreen supports. One love.