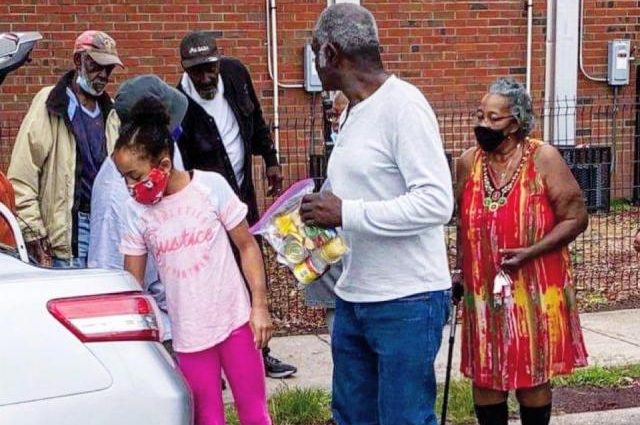 Durham, N.C. — Two months ago, WRAL covered the story of Addyson Hamer, an 11-year-old girl with a passion for helping the homeless community in Durham.

At that point, she had already given out 500 bags of food, snacks and hope for lines of people at Urban Ministries.

In response, WRAL viewers contributed to her campaign for kindness, raising more than $2,000 to help her continue her inspiring work.

Months later, Addyson is still out at Urban Ministries, weekend after weekend – even in the pouring rain – using those donations to keep her passion project going.

It’s been 17 weeks and nearly 800 bags since she began her journey, and she’s still determined to keep her mission alive and help as many people as she can. Throughout bad weather, home schooling, gymnastic practice for her goal of competing in the Olympics and even the pandemic – her determination is nothing short of awe-inspiring. 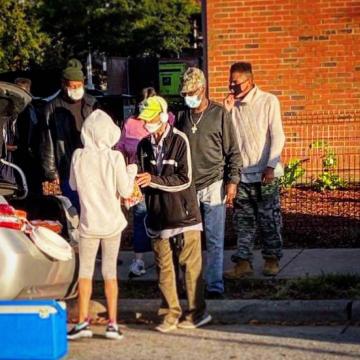 The origins of Addyson’s superhero story

When the pandemic began, many locals began pulling together to help. The ability to make a positive impact during a difficult time can be a source of empowerment – especially for kids.

For 11-year-old Addyson Hamer, it all began with helping the homeless population in Durham.

“When we would drive by a homeless person, I’d always want to give them some money,” she said. “I want to help because they could use that money to get them a meal, or give them something cold to drink on a hot day.” 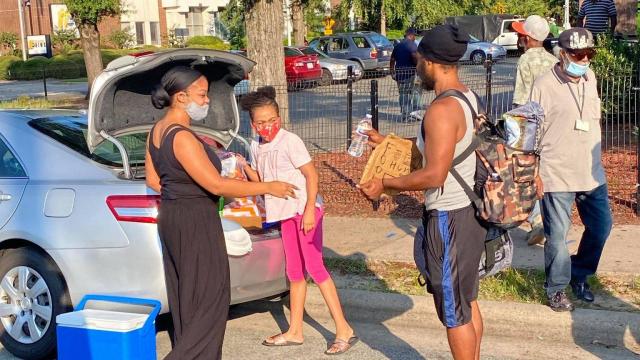 “Or,” she said, “If they save up, they could go in the store and see something they want like a blanket or anything they need.”

When she began helping her dad deliver food to families living in McDougald Terrace in Durham, she got the idea to launch a project that would allow her to help people each week.

“She saw what I was doing, and she took some pictures,” said her dad Terry Hamer. “She wanted to create some bags from the leftover food because she likes giving to the homeless.” 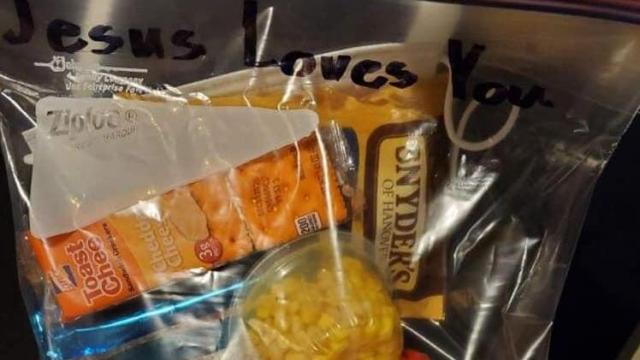 Addyson started off by making seven bags and bringing them down to the Urban Ministries of Durham. That first week, they ran out of bags, so Addyson said, “Daddy, we have to make more!”

“It feels great to help other people who are less fortunate than me,” she said.

Starting small, with only seven bags, Addyson’s project showed how quickly an act of kindness can grow – and emphasizes the quote, “No act of kindness, however small, is ever wasted.” 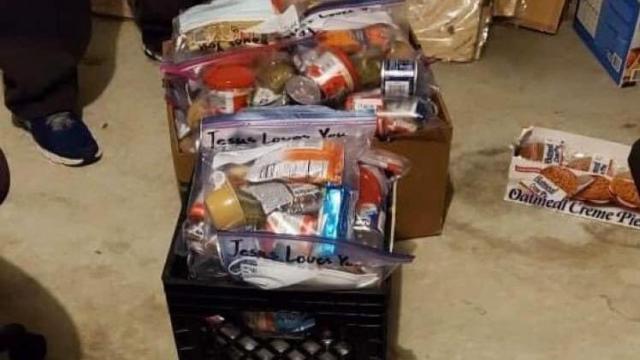 After 11 weeks of work, Addyson’s initial seven bags have ballooned to an impressively heartfelt 432 bags.

“I grew up in an area that wasn’t plentiful,” said Addyson’s father. “There were other people who had, but we didn’t have as much as others. I wanted to be able to give back whenever I could.” Now a school counselor, he dedicates a lot of his extra time to sharing food and compassion with his community – and his children have picked up the lesson.

Aside from creating kindness bags each week, she also practices gymnastics four hours each day, five days a week and dreams of becoming an Olympic gymnast. 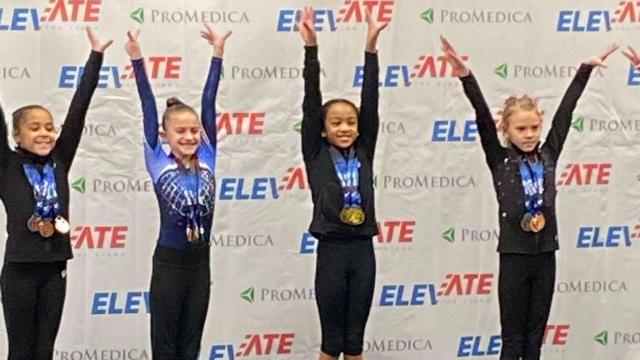 However, even as she grows older, she said she still wants to keep helping people.

With as much discipline, drive and kindness as she has at 11 years old, it seems certain she’ll accomplish her dreams – and send out ripples of kindness that will continue to change the world for decades to come.

For those who want to help:

As a result of many viewers asking how they can help, Addyson’s father set up a GoFundMe to help pay for even more food and kindness bags for the homeless.

Addyson and her family will be at the Urban Ministries of Durham next Sunday at 5:45, if you want to drop off donations.

Within hours of WRAL’s story going live, dozens of WRAL viewers reached out asking how to help Addyson’s cause. As a result, she’s raised over $2,000 to help create more kindness packs – all within a few days. What an incredible and generous spirit WRAL viewers have shown – making this a good news story that just keeps growing.

As a result, Addyson is still out there handing out bags of food and kindness to the homeless population of Durham. She’s been out there for 14 weeks in a row, diligently making sure no one is left out. As a result of the extra donations, she’s working harder than ever to keep her passion project going.