‘all roads lead back to housing’ 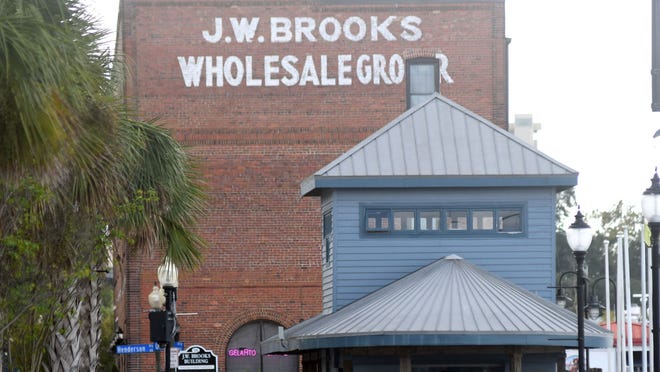 As the city of Wilmington renovates one of it its top tourist destinations, officials are also considering how to improve an area often frequented by the homeless and mentally ill.

Other maintenance needs in the area include replacing some of the seating and pier railing lights, new paint color, as well as exploring ways to prohibit access when the visitor center is closed.

The city expects to complete the renovation project in spring of 2022.

“We’re not going to ‘new facility’ our way out of this problem,” Spears said. “It’s a mental health, homeless issue, so we definitely have to factor that part into the equation.”

The city appropriates funds to local non-profits, like the Good Shepherd Center and the Salvation Army, who specialize in providing services to the community’s homeless population, said Mayor Bill Saffo. To supplement this, Saffo said the downtown area is in need of a day shelter for the homeless. He plans to discuss it with the city council and local advocacy groups.

But when considering the most effective way to prevent homelessness in this area and throughout Wilmington “all roads lead back to housing,” according to Katrina Knight, executive director of the Good Shepherd Center.

“We can’t do a good job of trying to end homelessness if we’re not investing in an adequate number of affordable housing units,” Knight said. “By the same token, Good Shepherd can’t end people’s homelessness if we don’t have somewhere affordable to transition them to.”

For the past decade, Knight said Wilmington has done a better job in helping individuals with few resources return to housing. This is because of interventions like permanent supportive housing, which “has been the driver of the chronically homeless numbers going down,” Knight said.

In partnership with Lakeside Partners of Wilmington, Good Shepherd offers permanent supportive housing in the form of Lakeside Reserve, which houses 40 chronically homeless single adults with disabilities. No more than 30 percent of a resident’s income is charged for rent.

And the city and the county are trying to do more related to affordable housing, such as forming a joint workforce housing task force, which is conducting a comprehensive housing study expected to complete later in the fall, Knight said.  The hope is to have data about what the county’s housing needs are in order to plan around that.

As for the small group of individuals who frequent the downtown area, including near the Riverwalk, the community needs to continue to figure out how to better perform outreach to them, she said. It will involve having housing focused discussions with them.

“I think what frustrates people is that there’s no quick fix,” Knight said. “Winning someone over, gaining their trust, establishing rapport, can take months and years, sometimes, depending on that individual’s challenges.”

Dylan Lee, city spokesperson, said all people are welcome in city parks and other public places within the city, as long as they are obeying all other laws and regulations.

“With respect to homeless individuals along the Riverwalk, the city would like to remind all citizens that it is not a crime to be homeless, and there is no law that allows governments to prevent someone from being in a public place just because of their housing status,” Lee said.