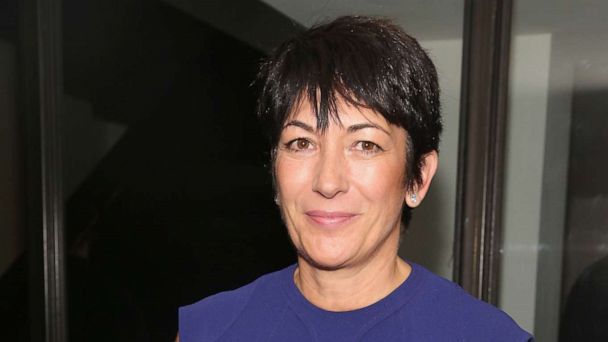 One of the three alleged victims in the criminal indictment of Ghislaine Maxwell is attempting to dismiss her civil lawsuit against Maxwell and the estate of Jeffrey Epstein, but attorneys for Maxwell are objecting, insisting they first be provided with a copy of a confidential settlement agreement the alleged victim, Annie Farmer, reached with a victims’ claims program established by the estate, according to court records.

“Ms. Maxwell respectfully requests that this Court order [Farmer to] provide to Ms. Maxwell an un-redacted copy of the signed and executed release from the claims program,” Maxwell’s lawyer Laura Menninger wrote in a letter to the court Tuesday.

Farmer, 41, has publicly identified herself as “Victim 2” in the criminal case and is almost certain to be called as a witness should Maxwell’s case proceed to trial next summer. Maxwell is charged with facilitating and, in some cases, participating in Epstein’s alleged sexual crimes against three minor girls, including Farmer, in the mid-1990’s.

Farmer filed the lawsuit in November 2019, eight months before Maxwell’s arrest, alleging she was sexually trafficked at age 16 as part of “Epstein and Maxwell’s organized ring of procuring young women and girls for sex.” During a 1996 visit to Epstein’s ranch in New Mexico, Farmer claims Maxwell pressured her into receiving a massage and “touched intimate parts of [her] body against her will,” according to Farmer’s complaint.

At a detention hearing for Maxwell in July, Farmer spoke to the court via video link to implore the judge in the criminal case to deny Maxwell’s request to be released on bail. “She is a sexual predator who groomed and abused me and countless other children and young women,” Farmer said. “She has never shown any remorse for her heinous crimes, for the devastating, lasting effects her actions caused.”

Farmer’s civil lawsuit was placed on hold in June while she presented her claims to the Epstein Victims’ Compensation Fund, the voluntary restitution program that began operating earlier this year. In October, Farmer accepted an offer from the fund, which requires her to drop all pending litigation against the estate and any former employees of Epstein. But when Farmer attempted to do just that, Maxwell’s legal team resisted.

“In the event [Farmer] attempts to sue her again in any forum at some unknown time in the future, Ms. Maxwell needs a signed and executed release so that she has a legally enforceable document to seek dismissal of any such claim,” Menninger wrote, arguing that assurances from Farmer’s lawyers in correspondence are “insufficient.”

Sigrid McCawley, an attorney for Farmer described Maxwell’s demands as “perplexing” and “indefensible” and “a clear attempt to stall Ms. Farmer’s ability to receive the compensation that she has been offered through the Victims’ Compensation Program,” according to court records. McCawley, a partner at Boies Schiller Flexner, told U.S. Magistrate Judge Debra Freeman in a letter this week that Farmer had offered to provide Maxwell a copy of the settlement agreement with only the amount of the monetary offer blacked out, but she said Maxwell’s lawyers rejected that attempt to reach a compromise.

Dan Abrams, chief legal analyst for ABC News, said that Maxwell’s unusual effort to obtain information about Farmer’s confidential monetary settlement with the estate as a condition of dismissing the case, should be viewed in the context of Maxwell’s pending criminal trial and a potential cross-examination of Farmer.

“It’s clear that Maxwell’s lawyers want as much information as possible on Farmer and on any of the potential witnesses who could testify in her criminal case,” Abrams said. “If the amount of the settlement was known, you can count on the fact that if Farmer was called to testify, they would want to cite the amount that she settled for to suggest she was in this for money.”

Still, Abrams sees Maxwell as lacking leverage and thinks it unlikely that a judge would grant Maxwell’s request for those details. “Farmer is saying, ‘Forget it. I’m not suing you anymore,’ I don’t see how Maxwell has any basis for demanding information before she agrees to let Farmer not sue her anymore,” he said.

Maxwell has pleaded not guilty to the criminal charges and denied the allegations in Farmer’s lawsuit. “To be clear, Ms. Maxwell denies that she had any involvement in any of the activity alleged” in Farmer’s complaint, Menninger wrote in a court filing in May.

Menninger, of Haddon, Morgan and Foreman in Denver, did not respond to a request for comment. McCawley, through a spokesperson for her firm, declined to comment. Lawyers for the Epstein estate have consented to Farmer’s request to dismiss the civil case.