Are human trafficking victims getting the justice they deserve? 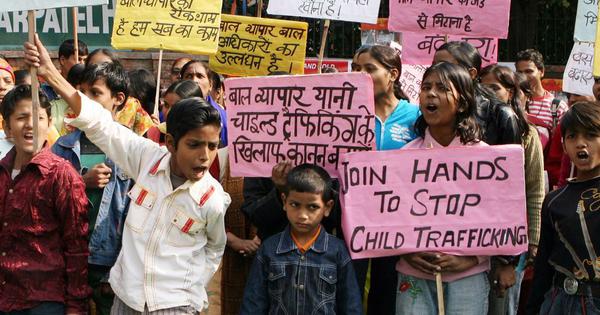 Everyone loves a hero. The popular imagination of this hero is a sword-brandishing saviour who fights the villain, bleeds in war, and wears their scars as a badge of honour. And when the war is one against slavery and trafficking, rescued survivors are brandished as trophies, and the slave-rescuing heroes are awarded for their altruism and courage.

The anti-trafficking or anti-slavery movements thrive off this popular imagination, because it capitalises on the collective memories of heroism that we have grown up on, through stories, films, mythology, and religion. We often look for that one voice, one face, one individual to laud for their courage and heroism that helped save the rest of humanity, and particularly survivors.

Heroism is easy to sell

Large international organisations that raise funds from philanthropists and governments for anti-trafficking projects report their struggles to convince donors of the value for money if they do not subscribe to the “rescue-rehabilitation” narrative. (According to this narrative, a person in exploitation needs to be rescued by nonprofits and anti-slavery crusaders who will then provide them with the courage, healing, and resilience that will ultimately restore them.)

Anti-slavery organisations working on this paradigm in India or Africa may need to produce claims such as “We freed 20,000 indentured labourers from traffickers.” These claims are easily understood by lay donors as simple, quantifiable, and populist claims of impact.

But statements like these hide more than they reveal. It leaves one wondering what happened to the traffickers and consumers of trafficked labour? How has the programme impacted policies around the prevention of trafficking and their implementation in that state? Has it left any sustainable, structural impact on the sectors that have been using trafficked labour?

Organisations and activists who take on systems thinking approach to analyse social, economic, cultural, and political factors underlying the organised exploitation of vulnerable classes should come up with strategies that address some of these systemic issues.

If law enforcement does not prosecute the traffickers, then nonprofit leadership should analyse the reasons that allow for that dereliction of duty and take measures within their power to hold the authorities accountable. However, in most cases, an organisation’s real fight against a complex power structure that involves local and national governments and feudal powers gets reduced to rescue-rehabilitation narratives without unpacking people’s journeys from captivity to freedom.

What does it mean for survivors?

We need to find alternative indicators of impact. However, doing this raises fears that a) survivors may not endorse the saviours’ theory of redemption – of rescue and “enlightenment” and, b) donors may get uncomfortable if they were to realise that their money and work doesn’t necessarily transform lives.

The money generated through activism usually reflects in large assets – of land and buildings on which shelter homes are constructed. These tend to be closed institutions to rehabilitate survivors, where they are provided with education, healing, and empathy. However, in most cases homes rarely help survivors become heroes themselves; nor do they offer employment beyond meagre wage-earning jobs in the informal sector.

As representatives of survivors, the anti-trafficking organisations’ access to governments and philanthropists increase and they are able to monetise this access and influence. However, we rarely see survivors themselves benefiting from these resources or assets. Importantly, we almost never hear from them on what parts of the rescue and rehabilitation were useful to them and what was not. We do not engage much with their disappointments, disagreements, or disillusionment with their saviours.

Almost a decade ago, while making of a documentary film, The Return, I interviewed a young woman from Bangladesh who had been trafficked into sex work in India and was subsequently rescued and placed in a shelter home run by an anti-trafficking nonprofit in Maharashtra. I asked her, “Between your home in Bangladesh [where she felt deprived], the brothel in Pune [where she felt violated], and the shelter home [where she was at the time], which place would you say was the best?” She replied, “All three were good. All of them demand subservience and obedience, and if you follow the rules, you get rewarded. And if you break the rules, you get punished.”

What role can organisations play?

Rescue is one of the most contentious issues in the anti-trafficking system. The anti-trafficking law in India does not differentiate between a sex worker (not in a trafficked situation) and a person in commercial sexual exploitation. However, given that there is a sharp distinction between the two, interventions for the latter should be the responsibility of the system.

In 2010, the Ministry of Home Affairs issued directives to state governments to form anti-human trafficking units – specialised investigation cells which could build an organised response to the crime and focus on cases of trafficking, rather than penalising sex workers or any other group of workers. But a 2020 report AHTU Watch by Sanjog reveals that less than 10% of these units are functional.

The anti-trafficking ecosystem would be better served if activists, funders, media, law enforcement, and survivor federations (like India Leaders Forum Against Trafficking) were to push for anti-human trafficking units notifications across the country, and demand performance in terms of investigations, rescue, and prosecution.

It serves survivors best when organisations and activists play the role of facilitator to the survivor and stimulator of the system. Community-based rehabilitation models where we assist survivors to claim welfare, health, and financial rights from panchayats and district administrations, where survivors are not held in captivity and can make choices based on options, can be more empowering.

An anti-trafficking programme should be considered a success when survivors are able to assert their rights, claim their entitlements, and challenge the lack of accountability in law enforcement, social welfare, judiciary, and even nonprofits. The emerging alternative approach to the rescue-rehabilitation paradigm is one where the survivors are decision-makers, collaborators, and leaders of their own journeys.

What steps can organisations take?

The purpose of this article is not to demolish. One is not taking away from the work being done currently. It takes passion, conviction, determination, grit, and commitment to run anti-trafficking organisations and programmes.

However, the debate is not about intent, it is about the unintended consequences of saviour-led strategies. It is to point out that the protagonist must not be the activist, because the established approach has not created a sizeable dent in trafficking. After three decades of working on anti-trafficking, if there is no evidence of rescued and rehabilitated survivors owning their struggles, then one may ask these organisations to reflect upon some of their assumptions and beliefs.

Here is what I would like to offer to other stakeholders in the anti-trafficking, anti-slavery sector as way forward for their policies and approaches:

1) Survivors must have a seat at the table

Ensure space, opportunity, and resources to survivors of trafficking or slavery wherein they can audit and measure the help that has been useful to them and that which has been oppressive. Ensure that they get onto the negotiation table while framing and auditing policies and laws. Support leadership platforms owned by survivors of trafficking without control and conditions.

Question the claims of anti-trafficking organisations, demand audits by survivors and external stakeholders, and support the organisations’ journey of transformation from one of control to that of support.

3) Law enforcement is not your job

Understand that the job of fighting traffickers is the police’s job. If law enforcement is not able to do this, there are systemic reasons for it, and the best way forward for an activist or organisation is to identify systemic blocks through an organised strategy.

There is much to be learnt by the anti-trafficking sector, especially given that it has failed in creating a dent in any of the sectors where people are trafficked into indentured labour. We need to shed our saviour-driven approaches and ensure that these inefficient models are not perpetuated because of the fear of “What else?”. As donors and partners, we need to confront saviours with the “What else?”.

Remember that governments must financially bear responsibilities of all first response actions, including assistance to survivors and training of law enforcement or other stakeholders. International and private funding needs to support governments to decide where resources are required and why, and how to monitor and audit anti-trafficking policies and laws.

Roop Sen is the founding member of the nonprofit Sanjog, and studies migration, trafficking and slavery in India, Bangladesh and Nepal.