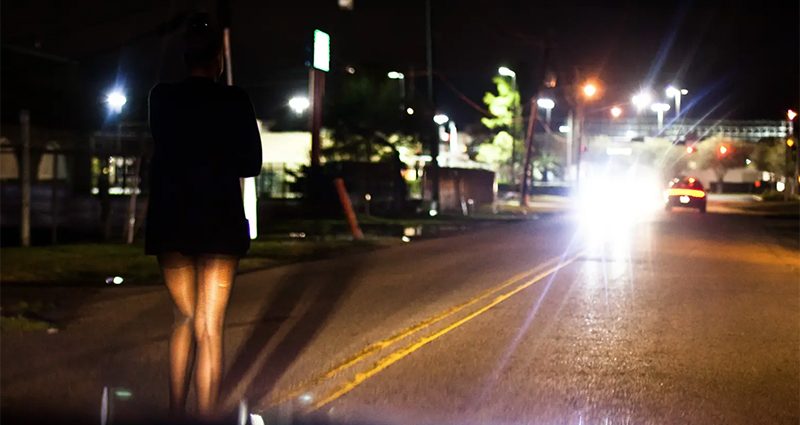 Sex trafficking is a major problem in Southeast Texas, as evidenced the by the recent arrest of 21 men in a Beaumont sting, sometimes leading to the exploitation of children and total degradation of women.

Some are charged with seeking out sexual relations with minors.

“Human trafficking is modern day slavery — the exploitation of men, women and children for forced labor or sex by a third party for profit or gain,” BPD Officer Carol Riley said. “A person doesn’t have to be transported across borders for trafficking to take place. It can occur anywhere.”

These, she stressed, are not victimless crimes.

A study by non-profit Prostitution Research & Education compared 101 men who buy sex with 100 men who do not buy sex. They were matched in terms of age, ethnicity and education level. Most, the document read, had a wife or girlfriend at the time of the study.

The study also showed both groups agreed the most effective deterrent to buying sex would be to be placed on a registry of sex offenders. Other deterrents include pubic exposure such as publicizing their name and photo or spending time in jail.

Kim Duchamp, Jefferson County assistant district attorney who is over Special Crimes, said the men who buy sex are indifferent to the women; some may not be looking for a 14-year-old but when the individual arrives, they go forward.

“They do not view women or value women as worthy of empathy,” Duchamp said.

Regardless of the most recent sting suspects, authorities indicate there are common characteristics in men who buy sex: domestic violence, drug use and violent crimes.

“Contrary to popular opinion, it’s not a choice, even for women engaging it on their own. They are still being exploited,” Duchamp said. “They are likely suffering from mental health issues, drug abuse. Statistics show a vast majority of these women were victims of child sex abuse as kids, were abandoned and the abuse continued into their adult life.”

According to the district attorney’s office, the public’s view of those engaging in prostitution has shifted from “they were bad women, dirty women” to more understanding of them as victims.

Law enforcement led last week’s prostitution sting to help get the women off the street.

Duchamp said those women who do self-promotion and put themselves out, even if they do not have a pimp now, likely had one in the past or were subjected to extreme force and abuse.

“It’s an extremely dangerous lifestyle to live in,” she added.

But the issue of human trafficking isn’t one sided, it has many layers.

Riley said this region is a big human trafficking area, and Duchamp agreed.

The proximity to Interstate 10 is a factor for law enforcement, which sees major concerns in Jefferson County and Orange County. The location between Houston and Lake Charles also leads to the hub status of this region.

And there is demand, officials say.

Authorities point to local industry expansions that draw workers from out of state.

“These men walk away from their wives, families and kids and have disposable income. They are paid per diem and paid in cash,” Duchamp said.

The demand for sex is great.

Southeast Texas had 100,000 more ad posts for sex than Corpus Christi, which is 2½ to 3 times the size of Beaumont, Duchamp said.

The only other comparable city with similar size in Texas is Midland-Odessa, where the oilfield industry is located.

Of the 21 men arrested last week, seven were seeking sexual relations with minors, the rest were charged with prostitution.

Those charged with soliciting sex with a minor/person under 18 include: