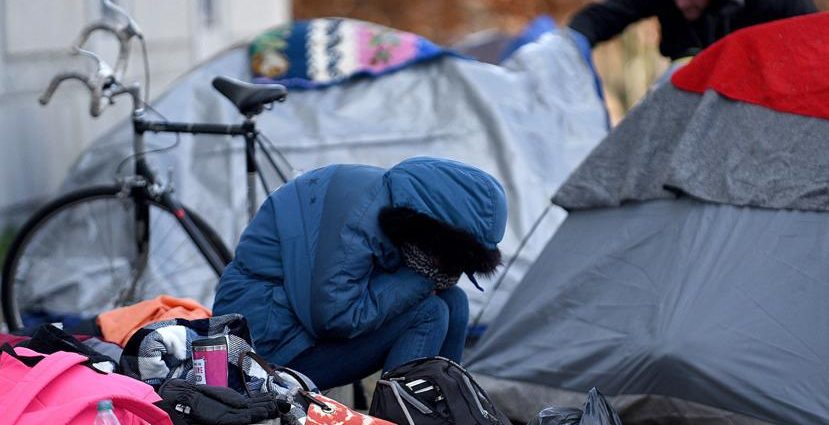 Exposure to bad weather played a role in the death of 64 people in New Hampshire over the past five years, according to data from state forensic officials, a reminder of the possible consequences of freezing weather for historically high numbers of homeless people.

The data, where hypothermia is listed as either a primary or secondary cause of death, show spikes in some years and big drops in others.

For example, hypothermia was a factor in 21 deaths in 2019, nearly triple the previous year’s count of eight. But just as quickly, it fell off this year.

As of mid-November, New Hampshire has recorded six deaths that involved hypothermia, the least in the past five years.

This winter, hundreds will be outside as the state grapples with a crisis of homelessness that has prompted Gov. Chris Sununu to name a task force to develop strategies to deal with the issue.

“The more people are exposed, the more the risk increases,” she said.

Duval said risk factors for hypothermia deaths are age — the elderly are more vulnerable to body temperature changes — and misuse of drugs or alcohol. To a lesser extent, ill-equipped and lost hikers are possible hypothermia victims.

By way of illustration, the rural counties of Coos and Grafton recorded only nine hypothermia-related deaths from 2016 to 2020.

The counties of Hillsborough and Merrimack had the most during the same period — 25.

“Fortunately, we don’t see it with any regularity,” said Chris Stawasz, director of AMR Ambulance, which provides ambulance service in Manchester.

He said elderly are most vulnerable to cold-weather injuries or death. They often live alone. At times they lack the capacity to make sound judgments. And their bodies get colder more quickly when exposed to the elements.

“These are the people we worry about the most,” he said. This time of year, AMR uses public service announcements to urge people to check on elderly neighbors.

Stawasz said he also is concerned with large numbers of people living outside. Manchester Fire Chief Daniel Goonan has estimated that 365 people live unsheltered in Manchester alone. Efforts to secure a site to house about 100 have been unsuccessful so far.

“I would not want to see a large amount of people out there when it’s zero degrees and the wind’s blowing. It’s not a good situation for anyone,” Stawasz said.

Of the hypothermia deaths for which a manner is listed, the vast majority are accidental. A handful are suicide; one was listed as homicide.

Out in the cold

People living outside say cold weather is the biggest challenge they face.

“When it’s snowing, when it’s raining, that’s when it’s the worst,” said James Baton, 45, who spoke to a reporter while eating lunch at Cafe 1269, a Christian-themed homeless outreach organization that is providing 16 emergency beds over the winter.

Baton said he has been homeless on and off for the past two years.

“You just curl up into a little ball and hopefully fall asleep,” he said about dealing with the cold. He said people huddle close together and dress in as many layers as possible.

Chris Belanger, a volunteer at 1269, said he used to be homeless and had an indoor-friendly Mr. Heater Buddy propane heater in his tent. He said some homeless people aren’t capable of keeping such a heater in operation.

About three years ago a man named Dale froze to death on a park bench in Manchester, he said. Dale, who claimed to have been a Korean War veteran, had been kicked out of a shelter for drinking, Belanger said.

Numbers with no pattern

The data show that over the past five years, February has been the deadliest month for hypothermia, with 15 cases, followed by January (13) and March (11).

Duval said that though more deaths obviously occur in the coldest months, hypothermia can be a problem year-round. Wind and water immersion can drastically reduce the body’s ability to stay warm.

Years ago, Duval noticed drastic variations between annual death tolls related to hypothermia, as has been the case for the past five years.

She said the deaths do not correlate to weather patterns.

Stawasz said treatment for hypothermia depends on how cold someone is when discovered.

If a patient is in the beginning stages, emergency medical technicians will give them hot fluids and IVs, place hot packs under their armpits and turn up the heat.

But if the body temperature is below 90 degrees, EMTs want to avoid shocks to the system. In those cases, they get a patient out of the wind and into a warmer, protected environment.