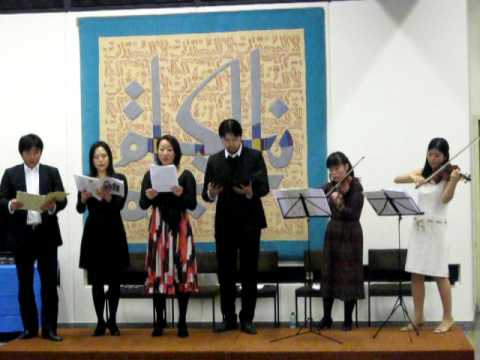 The Japanese and international community in VIC joined forces with the Staff Councils and the project “Austria for Japan” to support the Japanese Red Cross Society in its response to the situation in the crisis region.

The project “Austria for Japan” is a private initiative by Japanese musicians and music producers in Austrian orchestras, opera houses or music conservatories, conducting a series of charity concerts in Vienna,
Linz, Salzburg, and other parts of Austria to support the Japanese Red Cross efforts in the post-tsunami crisis region. All admissions and donations are fully transferred to the Japanese Red Cross.

More information including the forthcoming concerts in Vienna and Linz: