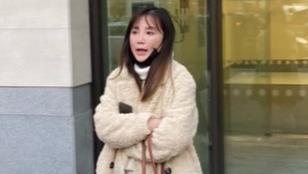 ‘Principal member’ Jie Zhang, 39, her boyfriend Qitao Xu, 30, and ‘manager’ Giulia Manzo, 30, cannot go abroad, arrange travel for others, or use unregistered phones or encrypted apps such as WhatsApp.

They are accused of being members of the ‘Cloud9’ gang — also known as ‘London nude massage’ — which ran nine brothels in the West End between 2016 and 2019. Westminster magistrates heard the gang funded a luxury lifestyle by trafficking Chinese and Romanian girls who spoke little English, and keeping up to 60 per cent of the earnings.

Police were alerted when a resident of a flat near Buckingham Palace found a postcard from a victim begging for help. It read: ‘They cheat me from china, work as sex slave in England, they take me from Paddington to work in there, the gang name is cloud9.’

Ryan Dowding, for the Metropolitan Police, said three Chinese women were traced to an address by officers who also discovered a health and beauty business used as a front to launder profits.

Jie and Qitao, of White City, and Manzo, of Maida Vale, are also banned from running websites offering similar services or opening bank accounts under the two-year orders.

District Judge Samuel Goozee said there was ‘a clear risk’ of modern slavery and trafficking offences.

The Modern Slavery Act lets courts impose ‘prohibitions on individuals involved in slavery or trafficking’ who have not been convicted, to protect the public from risk of harm.