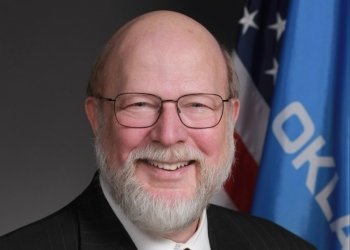 
The study was held before the House Judiciary Committee.


Fincher said it was fitting to hold the study during the month of October, which is Domestic Violence Awareness Month.


Rep. Fincher said labor trafficking is often a part of the cycle of domestic violence abuse that is never discussed. He said this study helped them raise awareness so survivors can name this form of abuse, and it will help guide lawmakers as they attempt to help these victims through potential legislation.


Hernandez said victims of labor trafficking often are forced to work excessively long hours while their wages are controlled by their abusers. They often live where they work or in large groups. Their abusers frequently control their transportation, hide their passports or IDs, and threaten them, making their victims very fearful of authorities.


Hernandez said victims most often are trafficked by family members or intimate partners and the top fields where they are forced to work are domestic work, animal husbandry, and traveling sales teams. She said massage and beauty parlors also are heavily staffed by labor trafficking victims.


She said victims most often come from vulnerable populations, such as recent immigrants or those recently relocated, those in poverty or in debt, substance abusers, those who have child custody issues or frequent interaction with the Department of Human Services, or are runaways or homeless.


Bryant said domestic violence was a pattern of abusive behaviors used by a person to gain power and control over the other person in the relationship.


The committee also heard from a trafficking survivor who was labor trafficked by her husband as part of the pattern of domestic violence.  She met her spouse through an online dating site when she lived in a different country. She said he first visited her and her daughters in her country, and then she visited him here where she ended up staying.


She said at first her spouse was amazing, so kind and generous, telling her he was going to take some time off work to help her acclimate to Oklahoma. He then started to become very critical of her and her daughters, how much food they were eating, and them speaking in Spanish with each other. She said at first it seemed like normal stress while they worked through the immigration process.


He next said he couldn’t work because he was helping her. He then told her that some of his workers would like to try her cooking, made her cook food for them, and suggested she start a restaurant to help provide income, what he said was a requirement of the immigration process. Soon, however, he was pushing her to work very early in the mornings and eventually as much as seven days a week, never returning to work himself.


She said he controlled all the money, kept her passports hidden, and started to abuse her in other ways as well. He told her people would not understand her language and did not like her because of her religion. The abuse eventually became physical. She said she finally was able to get free. She said it wasn’t until she started working with other survivors of trafficking that she realized she was a survivor herself.


If you are in a trafficking or domestic violence situation and need help:


Or find an organization in Oklahoma at these two websites: