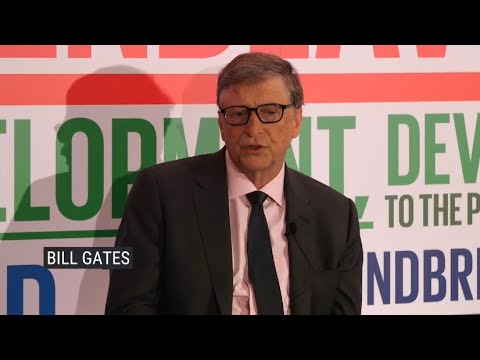 Mary Maxwell Gates served as a Director on the board of several companies including First Interstate Bank Corp, Unigard Security Insurance Group, Pacific Northwest Bell Telephone Company and KIRO TV of Seattle. She was appointed to the board of the United Way of America, where she persuaded IBM CEO John Opel to help her son in his software venture.

Her paternal grandfather, James Willard Maxwell (1864–1951) was President of the National City Bank in Seattle from 1911 to 1929 and Director of the Seattle branch of the Federal Reserve Bank of San Francisco.

Thus, Gates was born into a family of old money. Several genealogical sites show that he is even related to the Queen of the United Kingdom, Queen Elizabeth II.

As an interesting piece of trivia, Bill Gates was arrested first in 1975 in Albuquerque, New Mexico for speeding and driving without a valid driver’s license, and again for an undocumented traffic violation in December 13, 1977.

In 2000, Bill Gates made international headlines when he donated 90% of his wealth (which has since doubled) and founded the Bill & Melinda Gates Foundation, the largest private foundation in the world, along with a major donation from his longtime friend Warren Buffet. He also donated almost all his shares of Microsoft to his own foundation.

The Times found that the Gates Foundation has holdings in many companies that have failed tests of social responsibility because of environmental lapses, employment discrimination, disregard for worker rights, or unethical practices.

In addition, The Times found the Gates Foundation endowment had major holdings in companies ranked among the worst polluters, including ConocoPhillips, Dow Chemical Co. and Tyco International Ltd.”

“Operation Dark Winter was the code name for a senior-level bio-terrorist attack simulation conducted at Andrews Air Force Base on June 22–23, 2001 by the Center for Strategic and International Studies, the Johns Hopkins Center for Civilian Biodefense Studies, the ANSER Institute for Homeland Security, and the Oklahoma City National Memorial Institute for the Prevention Terrorism. The war game examined the national security, intergovernmental, and information challenges of a biological attack on the American homeland.”

“An attack on the United States with biological weapons could threaten vital national security interests. Massive civilian casualties, breakdown in essential institutions, violation of democratic processes, civil disorder, loss of confidence in government and reduced U.S. strategic flexibility abroad are among the ways a biological attack might compromise U.S. security.

There is no surge capability in the U.S. healthcare and public health systems, or in the pharmaceutical and vaccine industries. This institutionally limited surge capacity could result in hospitals being overwhelmed and becoming inoperable, and it could impede public health agencies’ analysis of the scope, source and progress of the epidemic, their ability to educate and reassure the public, and their capacity to limit causalities and the spread of disease.

Should a contagious bioweapon pathogen be used, containing the spread of disease will present significant ethical, political, cultural, operational, and legal challenges.”