Bill Gates on threats to global health progress, why DACA should be top priority 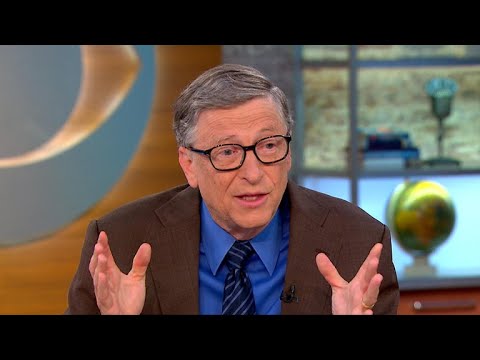 Thanks in part to the Bill & Melinda Gates Foundation, global childhood mortality has dropped by more than 55 percent since 1990. But in a new report, the Gates warn that future progress is in jeopardy because there is “more doubt than usual about the world’s commitment to development.” Bill Gates joins “CBS This Morning” to discuss the report’s findings, the frontier of artificial intelligence, why he feels bad about ctrl-alt-delete, and how improving U.S. education can be harder than improving global health.

Get the latest news and best in original reporting from CBS News delivered to your inbox. Subscribe to newsletters HERE:

Get your news on the go! Download CBS News mobile apps HERE:

Get new episodes of shows you love across devices the next day, stream local news live, and watch full seasons of CBS fan favorites anytime, anywhere with CBS All Access. Try it free!

—
Delivered by Charlie Rose, Norah O’Donnell and Gayle King, “CBS This Morning” offers a thoughtful, substantive and insightful source of news and information to a daily audience of 3 million viewers. The Emmy Award-winning broadcast presents a mix of daily news, coverage of developing stories of national and global significance, and interviews with leading figures in politics, business and entertainment. Check local listings for “CBS This Morning” broadcast times.