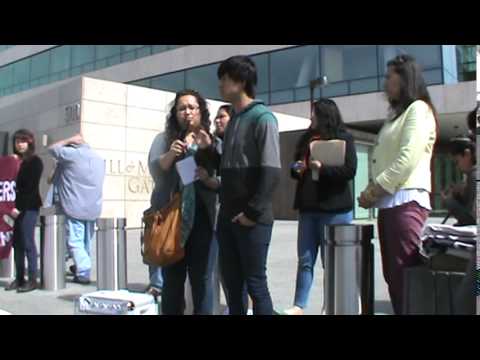 We are a coalition of Gates Foundation grantees, Red Nation community, people of faith, immigrant rights warriors, civil rights and criminal justice reform movement people and labor organizations. We demand that you, Bill and Melinda Gates and the Bill & Melinda Gates Foundation Trust investment in GEO Group end. No more prison for profit off the backs of Red Nation families.

Bill Gates and his family invest 2.2 million a year in PRISON FOR PROFIT which fundamentally contradicts the Bill Gates Foundation mission to ‘ensure that all people – especially those with the fewest resources – have access to those opportunities they need to succeed in school and life.’

Bill Gates contributes to and makes a profit of stealing dignity and leaching precious human capital from already distressed communities.

We recognize the good that you do in the world, just as we recognize that earning a return on your investment is essential to your theory of change. But none of your good deeds makes moral sense of financially enabling the promotion of policies that terrorize children and separate families. Your investments are harmful to American immigrant communities and Red Nation peoples. Breaking up families for profit.

We demand justice for Red Nation families and community! We stand in unity.