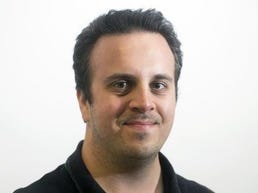 A Binghamton man who was twice convicted of sex trafficking teenage girls has been sent to a psychiatric facility to determine his mental competence, before he’s sentenced to prison a second time.

During an August sentencing hearing, Antonio Ballard became contentious, rambling, incapable of focusing, according to Senior U.S. District Court Judge Thomas McAvoy, who signed the mental health order. After a second trial, Ballard had been convicted of five charges in December 2018 and faced a decade in federal prison.

The case has been pending since December 2014, when Ballard was arrested by New York State Police investigators — federal charges came a year later.

Two girls were 16 years old and another was 15 years old when Ballard allegedly posted their pictures on a website. He was accused of using physical force and threats of physical force to persuade and coerce the girls to engage in commercial sex acts.

When Ballard, 29, appeared in court for sentencing in August he repeatedly argued he was innocent of the charges and the extent that he made those arguments caused the judge to characterize his behavior as “somewhat bizarre,” and question whether Ballard was capable of engaging with the court proceeding.

McAvoy said in an Oct. 9 decision that “the court finds that reasonable cause exists to believe that Defendant (Ballard) is incapable of understanding the nature and object of the proceedings and/or participate in his defense,” and ordered Ballard to be placed in a facility for no less than 30 days to undergo a psychiatric or psychological examination.

A report based on that examination would dictate whether the sentencing moves forward.

The U.S. Attorney’s Office argued there is “scant evidence” that Ballard is actually mentally incompetent, and it appeared to be more likely that he was simply disappointed at being convicted a second time.

Despite an apparent emotional reaction to facing a lengthy federal prison term and a possible desire to obstruct the court proceedings, prosecutors said none of those scenarios indicated Ballard’s mental incompetence.

How the sex trafficking was investigated

The investigation in late 2014 began after representative of the Greater Binghamton Health Center on Robinson Street notified law enforcement about a patient who accused Ballard of forcing her to engage in prostitution.

Ballard and the teenage girl started dating in August 2014, court documents said, and soon after that, he asked her to become involved in prostitution in order to help with his own financial difficulties.

The defense’s argument at Ballard’s trial was that the teenage girl actually organized the prostitution, not Ballard, and allegedly fabricated the accusations after he rejected her.

The U.S. Attorney’s Office said Ballard required the girls to hand over 50 percent of the revenues from prostitution activities with “johns”/”clients.”

In exchange, Ballard provided “physical security” to the girls and was “ready, willing and able” to resolve any disputes that might arise with clients.

Ballard’s second trial was ordered by the U.S. Court of Appeals in 2018, after the court decided there were legal errors tied to his first conviction. Among those alleged legal errors: statements by the prosecution that characterized the defense’s theory as a “government frame-up.”

Ballard’s original trial conviction resulted in a 17-year prison sentence before it was reversed by the Court of Appeals.

2020-10-27
Previous Post: For 5 years Joliet woman helped the homeless – now she’s 1 of them
Next Post: Hungry Kitty is Waiting for Someone to Give her Food and Love. Episode 2