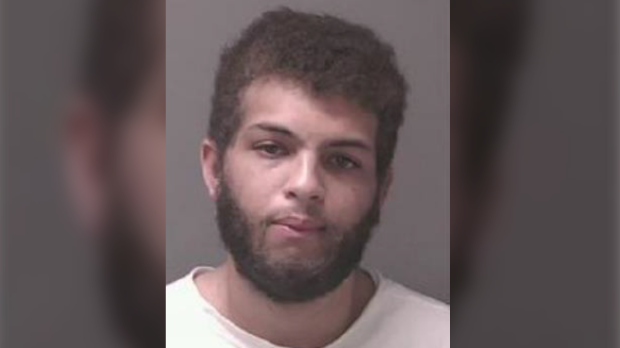 York Regional Police have charged a 20-year-old man from Brampton in connection with a human trafficking investigation.

Police say a 16-year-old female was forced to work in the sex trade for an unknown period of time.

According to investigators, during this time, the female turned over earnings to an adult male.

On Tuesday, police released an image of a man arrested and charged in connection with the incident.

Brampton resident Justin Barrett, 20, was arrested on Dec. 13 and faces eight charges, including trafficking in persons under the age of 18, material benefit from sexual services of a person under 18 years old and distribution of child pornography.

Investigators believe Barrett spent time in West Virginia in 2019, and that he currently has ties to Nova Scotia.

Police say they believe there could be more victims.