Brockton man charged with murder in 2018 shooting of Kelby Ramos 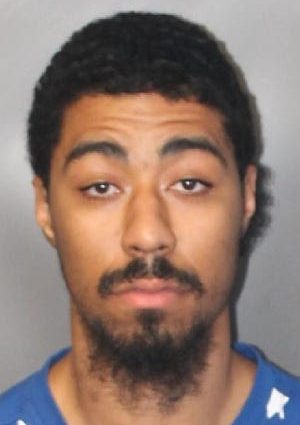 BROCKTON — A 24-year-old alleged gang member who is in federal custody on racketeering and drug charges is now facing a murder charge in connection with a 2018 shooting in the city.

Samael Mathieu, who also goes by Samuel and is known as “Hamma” or “Hamma Thang,” was indicted by a Plymouth County grand jury on Tuesday on charges of murder, illegal possession of a firearm, carrying a loaded firearm and discharging a firearm within 500 feet of a dwelling.

The direct indictment, which means Mathieu was never arrested in connection with the incident or charged in district court, stems from an April 7, 2018, shooting in the city that claimed the life of 24-year-old Kelby Ramos.

A vehicle had struck a tree and had “damage consistent with being involved in a shooting,” the Plymouth County district attorney’s office said.

The victim, Ramos, was taken by ambulance to Good Samaritan Medical Center in Brockton, where he died.

Since that time, Massachusetts State Police detectives assigned to the Plymouth County DA’s office and Brockton police have been investigating the murder.

“As a result, investigators developed probable cause to charge Mathieu with murder,” the DA’s office said in a statement Tuesday afternoon.

In the days after Ramos’ killing, police identified Mathieu as a “known associate” of Ramos and the Wendover Street gang in Boston and said they wanted to speak to him and his brother about the murder because they were concerned his home may be targeted by retaliatory gunfire.

Police conducted surveillance of Mathieu’s Drake Street home in Brockton and saw him being picked up in a vehicle. Detectives followed the car and eventually tried to stop it, which led to a pursuit. Mathieu, who was a passenger, and two others were arrested. Police said they found a Smith & Wesson M&P 9mm pistol in the car, but no one was immediately charged in connection with Ramos’ murder.

In October 2019, when he was living in Taunton, Mathieu was arrested on a slew of firearm and drug trafficking charges after gang unit troopers arrested him on a warrant for prior firearm and ammunition charges.

Mathieu is currently in federal custody because of his June arrest related to an operation aimed at dismantling the NOB gang in Boston, which stands for Norton, Olney and Barry streets. The gang is associated with the older Wendover Street gang.

The federal case is still pending and Mathieu is being held in custody awaiting trial.

Mathieu will be arraigned on the murder charge in Brockton Superior Court at a later date.

Senior reporter Cody Shepard can be reached by email at cshepard@enterprisenews.com. You can follow him on Twitter at @cshepard_ENT. Support local journalism by purchasing a digital or print subscription to The Enterprise today.