Brooklyn brothers give out thousands of blankets to homeless 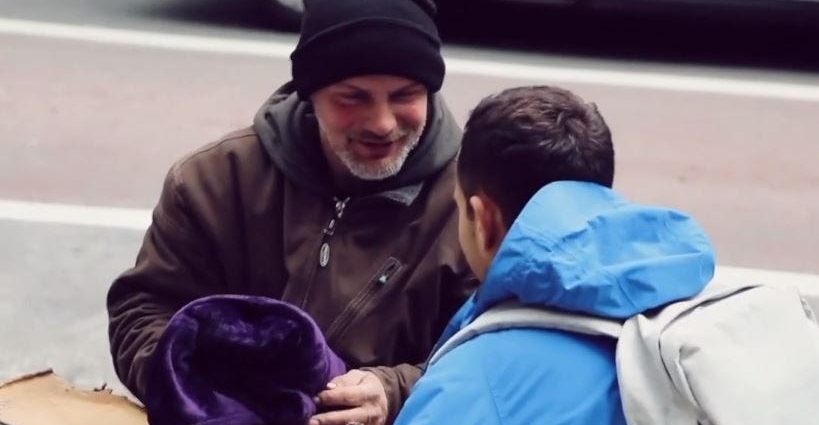 NEW YORK (WCBS 880) — Two brothers from Brooklyn are making a difference in the world, one blanket at a time.

The brothers, Nick and Mike Fiorio, from Bay Ridge describe themselves as “type A personality” people.

Mike says they were the type of people who were always working hard and always “hustling.”

So, it was a bit of a shock when the two quit their jobs and ended up giving up blankets to the homeless residents of New York City.

But, Nick says he was inspired to do something meaningful in life after a traumatic attack.

In the attack, his jaw was broken, and his mouth was wired closed for three month – which he says was time used to reflect.

His brother, Mike, admired his new found sense of purpose and decided to join in on whatever Nick was planning.

“There was something inside of him that had so much certainty that I said, ‘OK,’ I trusted him,” Mike said.

They questioned their hard-driving lifestyle in which they would walk by homeless people on the daily, typically not thinking much of it, and decided to start offering a helping hand.

“If I was outside and cold, I would want something to cover me up. It wasn’t much deeper than that,” Nick said.

The brothers went out and started handing out blankets, under the name Blankets of Hope, and gave them out with handwritten notes – like their mom would do on their birthdays and holidays.

“What we found over the years is that those gifts come and go, get thrown out the door, but those notes we hold on to. Shows someone really cares,” Nick said.

They put photos of their work on Facebook and some investors liked their project, and offered the keep funding it. Now, the brothers run a YouTube channel where the post updates on the charity work and have expanded their work to 37 states.

Blankets of Hope has given out at least 31,000 blankets so far, with those handwritten notes now coming from kids as part of a school project in kindness.

The brothers say the work is appreciated.

Lay’s Potato Chips thinks so too, and made them one of their “30 people doing extraordinary things.” The brand even put their smiles on bags of chips and donated $5,000.