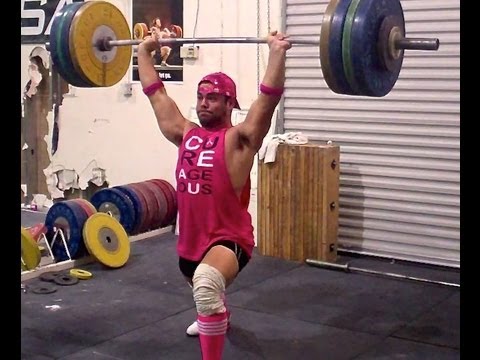 The Cal Strength Team decides to take a break from Fighting the War on Mediocrity, and Fight the War Against Breast Cancer instead. In tonight’s practice, they take 3 singles at 85%, then 3 singles at 90% in both the snatch and clean & jerk. If they go 5 for 6 on their lifts, they get to do max attempts, and each kg over 90% results in a donation for The Breast Cancer Research Foundation at the following rates.

The Breast Cancer Research Foundation is the only cancer organization given an A+ rating by CharityWatch, and over 90% of each dollar raised helps to fund research and awareness programs. For more information, visit:

We encourage you to do your part and support the Fight Against Breast Cancer!