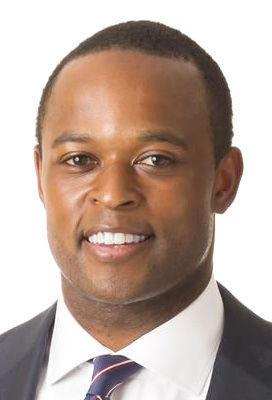 The onset of the pandemic in March affected the Attorney General’s Office much as it did every other office.

“Although there have been numerable challenges this year because of COVID-19 … I’m pleased to report we have been able to make significant steps” in each of the department’s goals, Cameron said in a recent year-end interview.

Cameron’s first year in office was highlighted both by the pandemic, which called for his office to investigate and respond to COVID-19 scam reports, and by the shooting of Breonna Taylor, a Black woman killed by Louisville Metro Police Department officers during a late-night incident at Taylor’s home.

Cameron’s office presented the case surrounding Taylor’s death to a grand jury that resulted in one LMPD officer being indicted for felony wanton endangerment. Two other officers involved in the incident were not indicted.

“There have been numerous scams and issues of price gouging” the office has investigated, Cameron said. Through its investigations, “we have been able to recover roughly $28 million for Kentuckians.”

“We have been able to save ratepayers to the tune of $18 million,” Cameron said.

The agency also created a “tool kit” to help prosecutors and law enforcement investigate and prosecute reports of child abuse.

“We have some of the highest rates of child abuse and neglect in the country,” Cameron said. The tool kit was geared toward teaching investigators “what to look for and what to ask” when researching child abuse complaints.

“These are very complicated issues to pursue in terms of prosecution,” Cameron said. The hope is the took kit will “provide a framework for prosecutors and investigators to use” in child abuse cases, he said.

Attending a religious school is an act of religious expression protected in the constitution, he said.

In 2021, “We are going to continue to stand up in this office for constitutional values,” Cameron said.