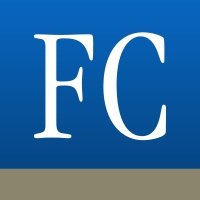 DENVER (AP) — Jennifer Tipp knew who was giving her 15-year-old son methamphetamine. She even had a photo of the adult in a living room with a group of teenagers and a bong.

The Craig mom called police and local child welfare authorities more times than she could count, begging them to confront the person who was smoking meth with teenagers. No one ever responded, Tipp said.

Desperate to save her son, Tipp sent him to rehab and then to live with his older brother in another state, where he enrolled in a new high school, far from Moffat County, where crystal meth became the focus of his life.

Then — almost three years later — a child protection caseworker knocked on Tipp’s door. The woman wanted to verify the county’s files regarding the case involving her son, to make sure that a caseworker had checked on the teen and had contacted the adult who provided him meth, just as the case report said.

But the case file was pure fiction. The log of visits, Tipp said, was a lie.

The case is one of more than 80 reinvestigated this year after Moffat County child welfare officials discovered that a caseworker had fabricated reports going back years, including detailing home visits to check on children that had never actually occurred. The Colorado Sun revealed the misconduct in a story last month after receiving state documents through the Colorado Open Records Act.

Moffat County commissioners, as well as officials at the county human services department, have refused to answer questions about the system failure that affected potentially hundreds of children. But through another public records request, The Sun has learned that the county’s human services director — who oversaw the department and its child welfare division since early 2019 — left the position the day after The Sun published its story exposing the fraudulent casework.

Documents from a recent county commission meeting show Moffat County is looking for a new human services director to oversee departments in Moffat County as well as neighboring Rio Blanco County, both in far northwest Colorado. County officials did not respond to requests for further information.

Meanwhile, residents of Moffat County are questioning prior interactions with the child welfare division and whether children, as well as at-risk adults with disabilities, have been harmed by the negligence.

— Women say they pleaded for help from child protection division

The caseworker who showed up at Tipp’s doorstep this summer was about three years too late.

“There would have been a lot of drug busts in Craig if they would have listened to me,” she said. “I can’t even tell you how many times I called.”

Tipp said she feels fortunate her family was able to help her son and move him away from his bad influences, and that she’s “very, very lucky” he survived. Still, she’s furious that child welfare officials failed to help her, and that the department was so dysfunctional that a caseworker was able to fake a case report saying she had checked on the teen’s well-being, she said.

“I was so worried about my son,” Tipp said. “He was just a lost soul.”

The Moffat County District Attorney’s Office confirmed it is investigating the caseworker, who is identified only as “fraudulent worker” in state documents detailing a massive review of files that involved 15 caseworkers from nine other counties. The caseworker who came to Tipp’s door was from Arvada, Tipp said, and part of a team that stayed in Craig for two weeks in July to help reinvestigate more than 80 cases.

Another Moffat County resident, Marie Birch Duzik, said the fraud investigation adds up — she has been battling local child welfare officials, even writing to Gov. Jared Polis, in an attempt to protect her two grandchildren.

Duzik and her husband now have the children in their home, but it took years, dozens of calls pleading for help and, she said, repeated battles against misinformation, including from the caseworker who is now under investigation for writing fraudulent reports.

Duzik’s grandchildren were homeless for months because of their parents’ drug problems, left to beg for food around Craig from passersby and restaurant owners. Duzik kept track — she called authorities 50 times in 24 months, she said.

Duzik said that after her calls to child welfare officials were ignored, she put out a community plea on social media asking anyone who saw the children begging for food or money to make a report to authorities.

Eventually, the children were removed from their father’s care and then, instead of given to their grandparents, they were placed with a local woman they barely knew, Duzik said. The grandparents finally got custody of the children this year after the kids had lived with the other woman for about a year, and then briefly, with their mother after she was released from prison, Duzik said.

“I have sent letters to the governor, to everybody,” she said. “It’s so exhausting. I have sat down with every commissioner.”

Duzik’s relationship with local child welfare authorities became so strained that they stopped taking her calls, she said. She and her husband eventually hired an attorney to try to get permanent custody of the children.

The rural county has struggled for decades with high rates of drug use, suicide and child abuse, said Duzik, who for years worked in youth probation.

“One more kid dying up here is going to make my brain explode,” she said.

According to state child welfare division emails obtained by The Sun, former Moffat County Human Services Director Annette Norton left the department on Oct. 23. While county officials would not say why she left, it was apparent from the state emails that her departure was sudden.

“I don’t know if we need to share with the other program areas or if they already know, but the director of Moffat is no longer employed there,” a staff development supervisor wrote to other state employees. “We just had a site visit with her last week and this wasn’t mentioned so I’m assuming it wasn’t a known thing at that time.”

Norton did not respond to requests for comment while she still worked at the department and could not be reached for comment after she left. Assistant director Nicole Shatz said via email that she was “unable to provide any information regarding the recent changes at the Moffat County Department of Human Services” and suggested contacting the county commissioners, who did not respond.

Shatz is responding to emails sent to Norton’s account while commissioners look to hire a joint director with Rio Blanco County. The county has not identified the caseworker who is under investigation, calling it a “personnel matter.”

Ten other counties in Colorado have human services directors that oversee two counties, including Grand and Jackson, Ouray and San Miguel, and La Plata and San Juan, according to state child welfare officials.

The Moffat County Human Services Department, which oversees child welfare and adult protective services, has struggled with high staff turnover for several years. So many caseworkers and supervisors have left in the past few years that at one point in 2019, the child welfare division had about 100 overdue assessments of abuse and neglect cases spanning more than a year, according to state documents.

But Duzik, who is still fighting to keep her grandchildren, said it’s a cop-out to blame the department’s troubles solely on caseload.

“There’s no oversight,” she said. “They got to the point where they really felt like they can do whatever they want.”