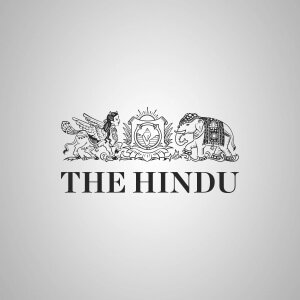 All sections of people are adversely affected by COVID-19 situation in one way or the other but the children of trafficking victims are among the worst-hit, finds a survey by an Ongole-based non-governmental organisation.

Their vulnerability to social and psychological problems has increased manifold during the pandemic, observes HELP director N.V.S. Rammohan while underscoring the need for providing not only mental health care but also community-based rehabilitation for their recovery and emotional well-being.

In the current situation, sex workers, many of them single parents, are deprived of their income and the stigma and criminalisation of their work make it hard for them to find an alternative job. With nil or minimal government support, they seek financial help from money-lenders. This makes their children more vulnerable to abuse and exploitation as some of the lenders act as middlemen for traffickers. Their mental health further deteriorates with the psychological stress triggered by COVID-19.

Revealing the survey findings on the mental health status of the children of trafficking victims in the State to The Hindu here, he says 407 children in 10-24 age group interviewed by HELP volunteers recently revealed that they suffered from multiple types of emotional disorders such as depression, anxiety, fear and avoidance. The survey covered 67 children of women in commercial sex work, including 25 girls in Prakasam district, 210 in Guntur district, including 75 girls, and 130 in Krishna, including 45 girls.

It has been found that 62% of them felt very bad in the present environment, 12% had entertained the thought of committing suicide at least once, 30% avoided or feared speaking with their mother and 39% with their father. While 70% of them felt humiliated, 45% stammered/trembled and another 41% felt demotivated.

There were 47.9% who said they were not comfortable with the environment that they lived in, 61.7% often felt stressful, 96.3% were abused by parents (physically or emotionally). Over 70% of them did not even get a few hours per week to play sports or pursue any other hobby, 61.7% did not feel safe at home or at school or in their neighbourhood and 86.7% didn’t know whom to access for help if in trouble.

The gravity of the problem could be understood in the State where about 3,250 prostitution localities existed with over 90,000 registered sex workers as found by the Andhra Pradesh State Aids Control Society, he says.

There is an urgent need to enact a comprehensive piece of legislation to deal with trafficking and ensure protection to children, he adds.