Christopher Gardner: Motivational Speaker, Inspiration for the Movie "The Pursuit of Happyness" 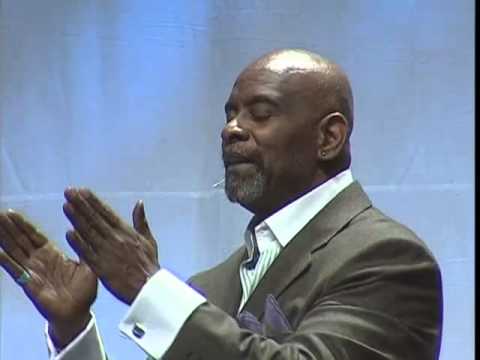 Chris Gardner is an Entrepreneur, Author, Philanthropist, and single parent whose work has been recognized by many esteemed organizations.

Always hard working and tenacious, a series of adverse circumstances in the early 1980’s left Chris Gardner homeless in San Francisco, the sole guardian of his toddler son. Unwilling to give up Chris Jr. or his dreams of success, Gardner climbed the financial industry ladder from the very bottom. He worked at Dean Witter Reynolds and Bear Stearns & Co before founding his own brokerage firm in Chicago in 1987.

The amazing story of Christopher Gardner’s life was first published as an autobiography, The Pursuit of Happyness, in 2006, and became a New York Times and Washington Post #1 bestseller. The book spent over twenty weeks on the bestseller list and has been translated into more than forty languages. Chris Gardner was also the inspiration for the movie The Pursuit of Happyness. The film starred Will Smith as Gardner and he received Academy Award, Golden Globe and Screen Actors Guild nominations for his performance. Gardner was also an associate producer on the film.

In his second New York Times bestselling book, Start Where You Are: Life Lessons in Getting from Where You Are to Where You Want to Be, published in 2009, Gardner shared his philosophies and crucial steps behind creating a fulfilling, successful life.

Since Chris Gardner’s remarkable transformation from homeless single father to millionaire, he has been inundated with two questions: “How did you do it?” and “How can I do it too?”

Chris Gardner’s aim, through his speaking engagements and media projects, is to help others achieve their full potential. His practical guidance and inspirational story have made him a frequent guest on CNN, CNBC and the Fox News Channel. He has also been featured on The CBS Evening News, 20/20, Oprah, Today Show, The View, Entertainment Tonight, as well as in People, USA Today, Fortune, Entrepreneur, Jet, Reader’s Digest, Trader Monthly, Chicago Tribune, San Francisco Chronicle, The New York Post and the Milwaukee Journal Sentinel, amongst other publications.

To book Chris Gardner to speak and inspire at your next event, contact BigSpeak Speakers Bureau. (805) 965-1400
For information about BigSpeak,