Column: Ending gender violence should be a pandemic priority 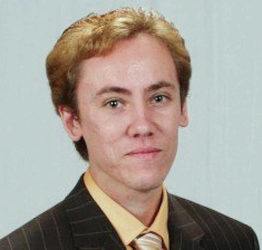 Long before the COVID-19 pandemic hit our shores, Hawaii was besieged by an epidemic of sexual violence.

Over the last two decades, reported incidents of rape have risen sharply in the islands, according to FBI data, from a rate of 29.5 cases per 100,000 people in 1998, to 44 cases per 100,000 in 2018. On the University of Hawaii’s 2019 climate survey, over 80% of students who said that they experienced gender violence at the college noted that the event left them dealing with lingering consequences, such as academic challenges and emotional trauma.

Similarly, new research has clarified the extent of sex trafficking in our state. A recent study conducted by Arizona State University found that 1 in every 11 adult males living in Hawaii buys sex online, a number that worsens to 1 in every 7 when visitors are also counted. Imua Alliance, a victim service provider for survivors of sexual exploitation, estimates that the islands are home to roughly 150 high-risk sex trafficking establishments, including storefront brothels that often pose as bars or massage parlors.

While the coronavirus has shuttered numerous local businesses, it hasn’t closed down the islands’ prolific sex trade or prevented abusers from causing harm. On the contrary, restrictions meant to preserve public health have often forced abuse victims to shelter in place with their assailants under stressful conditions that have exacerbated their suffering.

An analysis published in the Journal of Radiology in August found that the proportion of women who endured physical abuse was 80% higher during the pandemic than in the three earlier years combined. Researchers also concluded that the injuries inflicted upon victims were significantly more severe than in prior years.

Mirroring these trends, crisis calls to Imua Alliance have increased by over 300% since emergency measures were implemented in late March. Our outreach team responds to requests for help on a daily basis, often from potential victims who are being forced to serve aggressive sex buyers without access to basic sanitation supplies.

COVID-19 has been a wake-up call to our state’s outdated social and economic infrastructure. From the Department of Labor’s unemployment insurance program to our public school system’s virtual learning platform, the institutions on which residents rely have required significant upgrades to function effectively, many of which have necessitated legislative intervention.

Hawaii’s anti-violence laws also demand modernization to address the outbreak of gender violence that has swept across our shores with the coronavirus.

To begin, lawmakers should make buying sex with a child a form of sex trafficking, which would hold perpetrators of child sex trafficking fully accountable for the anguish they cause. Additionally, since colleges are known to be hot spots for gender violence, elected officials ought to strengthen sexual violence protections for students at UH by expanding access to confidential and support services and trauma care.

Finally, legislators should prioritize the needs of women in our state’s economic recovery. Women account for 56% of all jobs lost in the islands during the pandemic, according to the Hawaii State Commission on the Status of Women, and continue to perform the majority of society’s unpaid care work. To curtail gender violence, we have to provide women and gender-nonconforming individuals with the economic opportunities that are essential to obtaining both financial and physical security.

Following an unprecedented medical and scientific race to control the pandemic, we are now on the cusp of acquiring a COVID-19 vaccine. Yet, to fully recover from the virus, we must act just as urgently to heal the gender violence that has become one of its most painful symptoms.