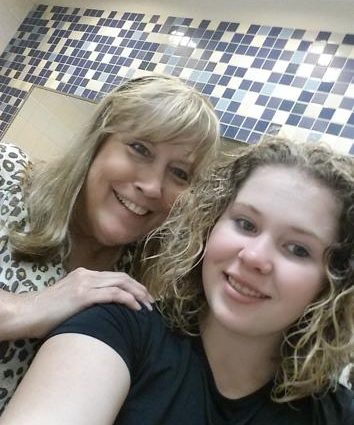 At times disturbing, the story of Loretta is sparked by the power of connection of a teenager to a woman who gave the gift of time.

Thrust into the life of a child who had been homeless since the age of 6, Cori McCoy met Loretta as a Court Appointed Special Advocate. “The day after I was sworn in four years ago, Loretta was my first assignment,” McCoy said.

The teenager, 13 at the time, had been arrested and held at Spring Creek juvenile detention center in Colorado Springs. Abandoned by her mother and grandmother, who lived on the streets of Colorado Springs, Loretta entered “the system” of the Department of Human Services.

But the only available foster home at the time was with a family in Pueblo.

“I took the case even though I knew she was a teenager,” McCoy said. “I really remember my teen years so I thought I could relate.”

McCoy gradually built a relationship with the girl, beginning with meetings at the River Walk in Pueblo. “I let her talk, told her she could share with me anything and it would be confidential,” she said.

In conversation, McCoy learned that Loretta had never been to school before entering East High in Pueblo. Sha also gleaned that the girl lied about her name — said it was Willow James — and that she’d been homeschooled by her mother. “I try to pay attention to my intuition,” she said. “The saving grace was that her grandmother gave us her real name.”

From hearing Loretta’s story in bits and pieces, McCoy gradually gained the girl’s trust. “It took 9 or 10 months before she broke down crying,” McCoy said.

At McCoy’s insistence, Loretta took an aptitude test that showed the girl’s education was at the level of a 5-year old. Yet she began to thrive in the high-school environment, made friends and developed a sense of the school spirit.

After nearly a year, Loretta wanted to visit the homeless community to seek out her family. “I tracked her mom down to Dorchester Park in Colorado Springs,” McCoy said.

McCoy took the girl to the park, where she did connect with her mother, albeit, the visit accompanied with stern warning about staying on track. “She was on Cloud Nine to see her mother again,” McCoy said. “She did come back and was crying her eyes out.”

While Loretta tried to cast a positive light on the homeless camps, she acknowledged suffering third degree burns in a tent fire ignited by a burning candles during her visit. “She was flown to Children’s Hospital in Denver,” McCoy said. “I learned a lot about the homeless community.”

Over the course of more than four years, McCoy emphasized the critical need for education. “I told her that education is power,” she said.

Along the way, the foster family permanently adopted the girl, but McCoy stayed on as the advocate, writing regular reports for the El Paso County court.

Today, Loretta is living with a half-sibling sister and her husband in Pueblo.

McCoy is still struck by the fact that she was called to serve as an advocate within hours of her swearing in ceremony. “That goes to show how much they need CASAs,” she said.

For information about contributing to the organization or becoming a CASA volunteer check the website, casappr.org/volunteer-colorado-springs.