Detroit youth decided where more than $100,000 in grants would go 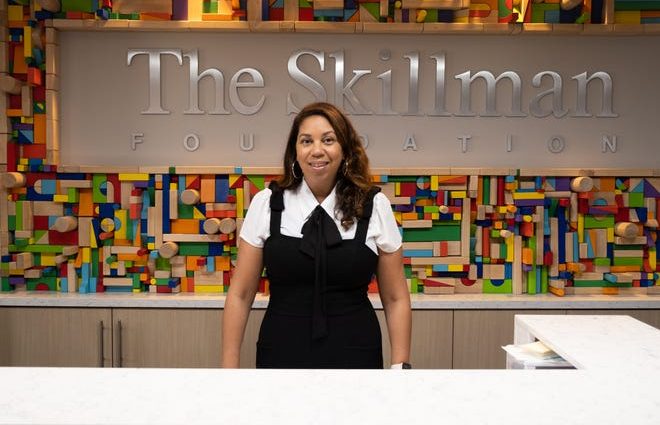 A philanthropic foundation asked a group of Detroit youth how they would award $100,000 and they came back with an action plan.

Thirteen young Detroiters selected 15 nonprofits in the city — from mentorship programs to sports teams — to receive grants from the Skillman Foundation. They were tasked with figuring out, through research and collaboration with one another, how to allocate thousands of dollars in grant funding.

“We told them that we are actually putting $100,000 on the table and they are in the driver’s seat,” said Angelique Power, president and CEO of the Skillman Foundation.

More:Highland Park nonprofit donates winter gear to those in need

The group of young people, ages 13 to 22 years old, are part of a youth council put together by the foundation to inform the nonprofit’s leadership on young people’s needs. This is the first time the Skillman Foundation has handed over the reins this way to young people, Power said.

Mosammad Jahan, a senior at Benjamin Carson High School of Science and Medicine, got to decide where thousands of dollars would go.

“I feel like our voices and our desires and advocacy was really heard,” said Mosammad, 18, of Detroit.

The 15 organizations Mosammad and her peers nominated were focused on helping Detroit youth grow, develop and learn, she said. The group also advocated for $5,000 more dollars to be added to the initial $100,000 pool of grant dollars.

As a student from an immigrant household who doesn’t have siblings who pursued higher education, she recognized how important it is for high schoolers to have a support system as they go to college.

That’s the reason Bringing Hope Back Home — a Detroit-based nonprofit founded in 2017 by a 16-year-old high school graduate — stood out to Mossamad.

Bringing Hope Back Home helps young people, primarily in Detroit, as they transition to college. This happens through webinars on SAT preparation, essay editing, how to manage test anxiety, internships and job opportunities.

Dauda, a recent graduate of the University of Michigan and alum of the Benjamin Carson High School of Science and Medicine, hopes to use the Skillman Foundation award to expand outreach efforts.

“Often what happens in foundations is that we — from our positions of privilege and power — impose ideas of metrics, of what impact is supposed to look like, and really what this is about are young people, telling other people who are champions of young people, you’re doing good work, we see you, you’re amazing,” Power said.

Nushrat Rahman covers issues related to economic mobility for the Detroit Free Press and Bridge Detroit as a corps member with Report for America, an initiative of The GroundTruth Project. Make a tax-deductible contribution to support her work at bit.ly/freepRFA. Contact Nushrat: nrahman@freepress.com; 313-348-7558. Follow her on Twitter: @NushratR. Sign up for Bridge Detroit’s newsletter. Become a Free Press subscriber.

2021-12-28
Previous Post: She Went from Being Homeless to a A-List Celebrity Publicist
Next Post: Give food to hungry homeless people against short_vlog #short