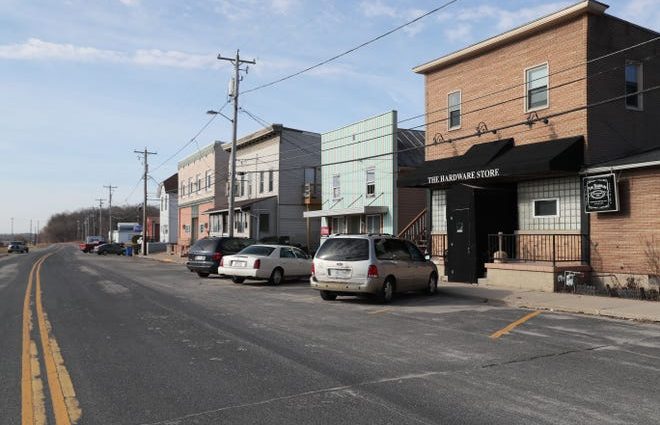 The former village president of Clyman, in Dodge County, was sentenced Monday to two years in prison for using his former strip club, The Hardware Store, to promote prostitution.

Michael Siegel “did not personally assault or extort the dancers at his club, nor was he the one who first lured them into the commercial sex industry,” prosecutors wrote in a sentencing memo.

“But he chose to associate with those who did, and he welcomed them into his business because those associations were profitable for him,” thereby facilitating the trafficking of “untold numbers” of women who did sex acts for money at the club from 2010 to 2018.

The operation blew up in late 2018 when one of the pimps who worked with Hardware Store staff, Christopher Childs, 47, was charged with sex trafficking and related counts in federal court. He pleaded guilty to a single count in October 2019 and was sentenced last month to 27 years in prison.

Siegel, 53, of Fox Lake, was indicted in December 2019. He and a manager of the club pleaded guilty to federal charges this year.

His attorney suggested that probation was sufficient and disputed what his client knew about Childs and other pimps’ operations at The Hardware Store for more than decade.

Chief U.S. District Judge Pamela Pepper, citing statements from the prostitution victims and other staff at the strip club, and Siegel’s long career in the strip club industry, said “it beggars belief” that he didn’t realize Childs and other pimps used violence and other forms of coercion to keep women doing sex for money at The Hardware Store.

Pepper said Siegel’s view of himself as a family man and upstanding community member “prevents him from taking a deeper, harder look at what he was enabling.”

Because of the COVID-19 infection rates in federal prisons, Pepper said, Siegel won’t have to surrender before Feb. 1.  After his prison term, he must complete a year of supervised release.

According to court records, Siegel met Childs when Siegel managed a Milwaukee strip club, Rickey’s on State, and later invited him to bring his women to The Hardware Store. Prosecutors say Siegel preferred dancers who were controlled by pimps for several reasons: They were reliable, would perform sex acts in the club’s private “champagne rooms,” for which customers paid the club extra money and if there were ever workplace issues, their pimps handled it.

“In essence, he set aside the dancers’ safety and well being in the name of profit,” prosecutors wrote.

The government’s sentencing memo also notes that after Child’s arrest, Siegel made a public statement that Childs had unknowingly infiltrated the club, that neither he nor his staff ever assisted Childs and that if any dancers had come to Siegel about mistreatment, he would have helped them. He further denied any knowledge to federal investigators, even after he was notified he was the target of an investigation.

Siegel resigned as village president after Childs’ arrest and pleaded guilty in his own case in July to conspiracy to engage in interstate travel in aid of prostitution.

Now working as a groundskeeper at a Beaver Dam cemetery, Siegel, who like all parties appeared via Zoom for his sentencing, said he knew about prostitution at the club, but not about violence against the dancers.