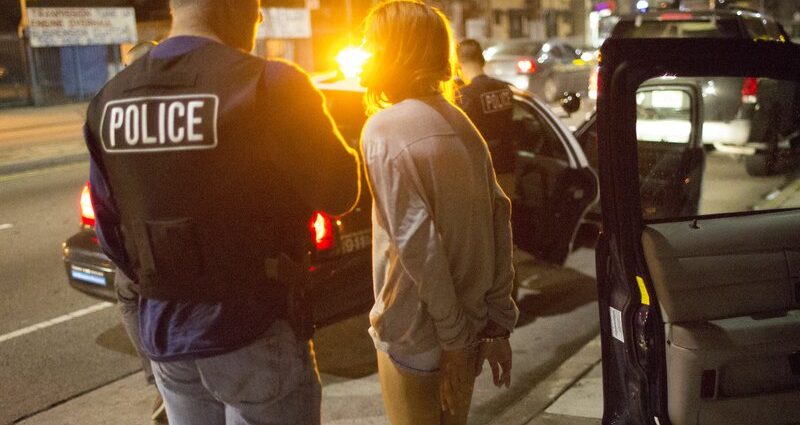 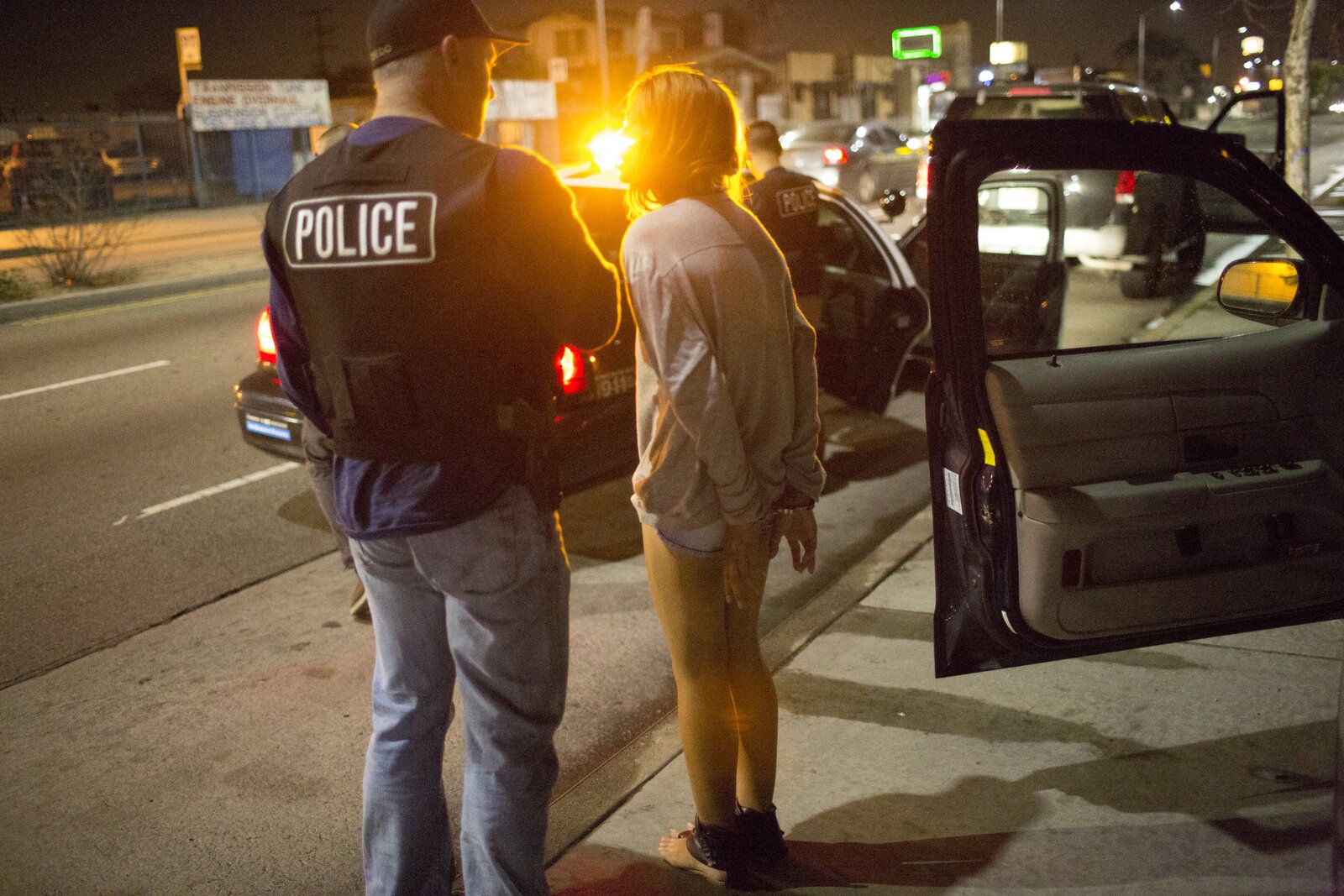 Most criminal record relief laws for trafficking victims only cover prostitution or sex-related crimes, but victims are also commonly arrested for drug possession and theft while being trafficked. (Robert Nickelsberg/Getty Images)

Theresa Leonard-Rozyn’s mother left her at a hospital in Waterbury, Connecticut, after she was born and didn’t reappear until more than five years later. That was when her mother, who was a drug addict, regained custody of her and started selling her to men for sex.

Those convictions were preventing me from living in victory. 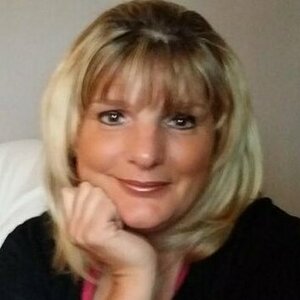 For Leonard-Rozyn, 48, the trafficking didn’t end with her mother. She was trafficked by three different men over 20 years. While she was being trafficked, her trafficker would have her hold onto his drugs and she would be the one to get arrested for drug possession. One time, she was arrested and convicted of theft for being a passenger in a stolen car with her trafficker.

By the time Leonard-Rozyn escaped trafficking in 2008, she had 44 convictions for offenses including prostitution, theft and drug possession, and had served more than 10 years in prison. When she tried to rebuild her life, it was almost impossible because her criminal records prevented her from getting a decent-paying job, Leonard-Rozyn said.

“Those convictions were preventing me from living in victory,” she said.

Recognizing this issue, state lawmakers have passed criminal record relief laws that allow human trafficking victims to have convictions connected to their trafficking sealed or expunged. However, not all of these state laws provide victims with the same level of relief.

In some states, the laws are so restrictive that no trafficking victims in those states are eligible for relief or willing to go through states’ cumbersome record relief process, according to Erin Marsh, a research and policy analyst at Polaris, operator of the National Human Trafficking Hotline.

Victims are trafficked before the age of 12

“One of the things we have heard often from legislators and policymakers who are working on the issue in their state is that they are apprehensive about expanding the offenses covered because they don’t want to open the floodgate,” Marsh told Law360. “They are afraid that they are going to have people convicted of murder who are trying to clear their record, and that is not what we see.”

Marsh said that rather than making criminal record relief laws too restrictive for trafficking victims, lawmakers’ concerns can be addressed by giving judges broad discretion so that they can look at crimes in the context of the situations in which they occurred and decide whether to grant relief based on individual circumstances.

In 2019, Polaris released a report that graded states’ criminal record relief laws based on several factors, including the level of relief provided, the offenses covered for relief and the amount of discretion judges are given to grant relief.

One of the reasons these states received such low grades is because the only offenses that their laws cover are prostitution or sex-related crimes, according to the report.

Kate Mogulescu, associate law professor at Brooklyn Law School and co-author of the Polaris report, said advocates and lawmakers have been fighting for years to expand New York’s law so that trafficking victims can have more offenses cleared from their criminal records.

“State legislators are completely overwhelmed with the amount of things they need to do, and some things just fall by the wayside,” Mogulescu said. “We have fought in New York just to get legislators to pay attention to this.”

If New York passes the Survivors of Trafficking Attaining Relief Together Act, or START Act, which Democratic Assembly Member Richard Gottfried reintroduced Jan. 6, the state would receive 99 points and have the best criminal record relief law for trafficking victims in the U.S., according to Marsh.

I felt like I was set up to lose, and one wrong move would put me back in jail. 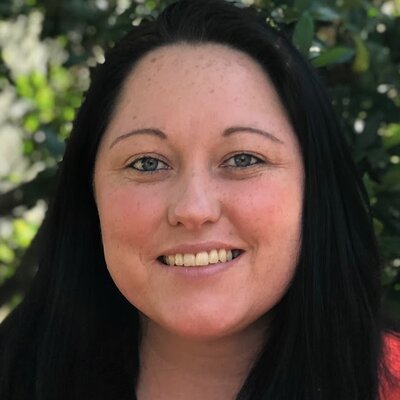 Renata Bryan, 38, was trafficked on and off for 10 years by a boyfriend, starting when she was 24 years old in Jacksonville, Florida. When she wasn’t being trafficked, she was in jail serving time for convictions related to activities she was involved in while being trafficked. These included charges for prostitution, selling drugs, petty theft, home invasion and robbery.

When Bryan was finally free of her trafficker, for a year after, no one would hire her because of her criminal record. She also owed more than $1,000 in court fines and had four years of felony probation.

“I felt like I was set up to lose, and one wrong move would put me back in jail,” Bryan said.

Bryan said that getting her criminal record expunged was a traumatizing process because she had to write out in great detail what had happened for every charge that she wanted to get expunged, causing her to relive her trafficking experience.

Even after going through this process, Bryan’s criminal record is still not completely clear, because under Florida state law, home invasion and robbery charges can’t be expunged.

Bryan is trying to get the court to reopen her case and drop the charges to lesser crimes so that she can get them expunged from her records. If the court doesn’t reduce the charges, Bryan won’t be able to go into business management after she completes her bachelor’s degree in the field.

Approximate reduction in job callbacks due to a criminal record, which significantly limits earning potential

Bryan attorney’s Brent Woody, who founded the Justice Restoration Center that helps human trafficking victims get their criminal records expunged in Florida, said another problem with the state’s expungement laws for trafficking survivors is that survivors can only file one expungement petition at a time even if they have convictions in multiple counties.

“[This rule] has no rational relationship with the remedy at all,” Woody said. “It was just borrowed from our non-human trafficking expungement law.”

One of Woody’s other clients, Janice Tucker, 37, has spent four years trying to get her criminal records expunged. Her expungement process has taken so long because she has convictions in multiple counties in Florida.

As a survivor you’re rebuilding your life, you’re trying to move on from all that, … and you still have this paper trail that follows you. 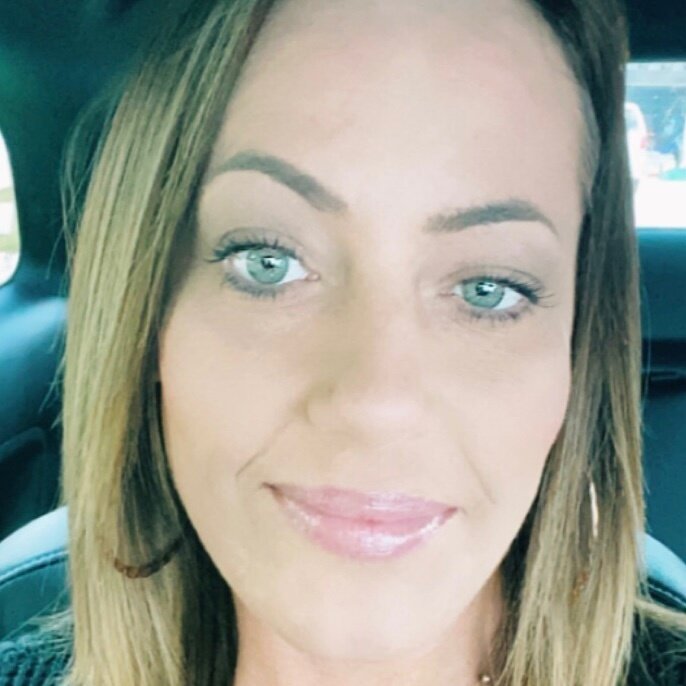 In the course of Tucker’s trafficking, she was convicted of about 20 felonies and half a dozen misdemeanors for crimes including racketeering, robbery, prostitution and possession of paraphernalia, and was incarcerated for six years for those crimes.

Tucker, who wants to go into law enforcement, said she has lost many job opportunities because of her criminal record, including a paid summer internship at a BigLaw firm. She said a firm partner had offered her the internship after hearing her story, but the firm’s human resources department refused to hire her based on her record.

“As a survivor you’re rebuilding your life, you’re trying to move on from all that shit that happened to you, and you still have this paper trail that follows you, and when that comes up, how do you explain a prostitution charge without disclosing that you are a trafficking victim?” she said.

Tucker said she would not have been able to get her records expungement without the help of the Justice Restoration Center because of the cost. People who want to get their records expunged have to pay hundreds of dollars in filing fees for each petition they file, she said, adding that JRC paid all of her filing fees.

Marsh said Georgia’s criminal record relief law for trafficking survivors, which was passed last year, is innovative because the state made it so that survivors don’t have to pay fees to have their records cleared once the state vacates their convictions.

U.S. Sens. Kirsten Gillibrand, D-N.Y., and Rob Portman, R-Ohio, last year introduced the Trafficking Survivors Relief Act, which would allow trafficking survivors to clear nonviolent federal crimes from their records, but the bill died in Congress without reaching a vote.

Marsh said that once lawmakers hear survivors’ stories and why the existing relief laws don’t work for them, they have been responsive to improving their laws.

“I am someone who says let’s always keep working because [the laws] can always be better, so maybe not [every state] is an A, but at least we wouldn’t have so many Fs,” she said.

2021-02-08
Previous Post: Six held for sex trafficking in persons with disabilities centre in Bhubaneshwar- The New Indian Express
Next Post: Chicago Man Putting Homeless Up In Hotel During Cold Snap