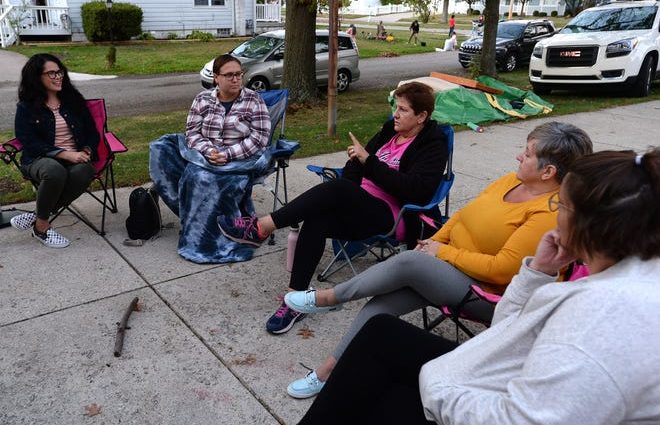 A group of Erie, Pennsylvania, moms is tackling racism, poverty and other societal barriers one relationship at a time.

Founded four years ago by a handful of mothers for mutual support, education and fellowship, Erie City Moms now has as many as 70 active members, 1,200 followers on social media, and an evolving mission.

“Our mission is to be a community of diverse moms and to learn and grow together not only for ourselves and our kids but for better neighborhoods and a better Erie,” said Amanda Burlingham, the group’s founder.

The group originally included a woman who lost her son to gun violence, a single mom struggling to raise six children, a woman who had been homeless, a woman with a doctorate who had just moved to the area, and moms struggling, like Burlingham, with depression and isolation. In other ways, though, the group was homogeneous, or “pretty white,” Burlingham said.

Black and white group leaders reached out to moms of other races, ages and social strata and underwent racial reconciliation and other training. Today, about 50% of Erie City Moms members are white, 40% are Black and 10% are Hispanic. Their ages range from the 20s through 60s. Though mainly Christian, women of other faiths also participate

Monthly dinners and programs for moms and kids have been on hold through the pandemic, but moms continue to help each other. In the early days of the Covid-19 outbreak, Burlingham’s garage resembled a food pantry.

“We saw on Facebook that some moms literally were eating only canned foods and food out of the freezer,” Burlingham said. “They didn’t have meat, dairy or fresh produce. We put out a call and people bought extras at the grocery store and dropped off everything from enormous packs of diapers and wipes to huge boxes of cereal, Easter candy, homemade cookies, and snacks and other stuff that kids like. When you’re broke, struggling to get by and not knowing what the next day is going to hold, just a pack of gummies, Cheetos in a little bag and juice boxes for the kids really made a difference.”

“People were driving all over the county to find moms, sometimes in neighborhoods they’d never been in before and had some doubts about,” Burlingham said. “I’d tell them, ‘It’s all right. I’ve been there a lot, and this is where you turn.'”

“Black mothers die in labor at something like a 50% higher rate than white mothers, and the mortality rate for Black infants is something like three to four times higher than white infants,” Burlingham said. “We’re helping prepare moms for labor and making sure that they have a doula in the room and someone to walk alongside them through their child’s first 18 months so they have the knowledge and tools many of us have had.”

“She is an advocate able to protect and stand up for this mom and her kids,” Burlingham said.

“All of us need a good friend to stand up for us and fight for us in the right way.”