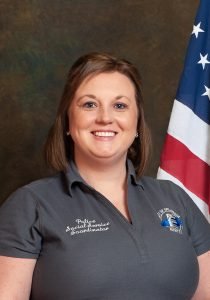 As police departments around the county re-examine their operations in light public protests and consider how to improve their missions to serve and protect the public, they can look to the City of Erlanger Police Department for an innovative program that has changed the police department’s relationship within the community and saved the city tremendous amount of resources by allowing it to better focus on service calls involving criminal issues.

For the past two and one-half years, the City of Erlanger has employed a full-time social worker in its police department to assist its police officers in dealing with the many non-crime-related issues that invariably arise in the course of their work.

Rebecca Strouse, who has a bachelor’s and master’s degree in social work, serves as the Police Social Services Coordinator in the Erlanger Police Department. In that role, she works alongside police officers to address behavioral health, mental health, substance abuse, homeless, family disputes, and other societal problems. 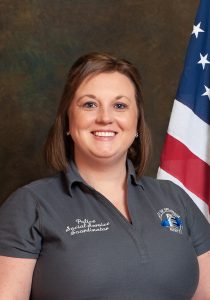 “A lot of calls police officers go are more social in nature, not criminal,” Strouse said. “And these are not the things that they can handle in the five to ten minutes they have before they must move on to their next call. These officers can now pass these cases to me, and I have the experience, resources, and time to resolve whatever the issue may be.”

By employing a full-time social worker in its police department to handle these service-related issues, Erlanger police officers can better able focus on crime-related tasks while allowing Strouse to address the underlying issues that led to a police call in the first place and take preventative action to stop these types of calls from occurring in the future.

“As a police officer, there are so many things we have to put a ‘BAND-AID’ on because we simply don’t have the time to address the underlying issue; we must move on to other police work,” said City Administrator Matthew Kremer, who worked as an Erlanger police officer and administrator for 11 years before taking on his current position in 2017.

“If we can address these issues upfront through the efforts of a social worker, we can solve these problems once and for all and hopefully avoid repeat police runs to these families or properties.”

Strouse said a big part of her job is dealing with issues faced by senior citizens and young children.

“Some low-income seniors in our community are homebound and hungry,” she said. “Some of them are on a waiting list to participate in the Meals on Wheels (food-delivery) program, so I bring them groceries every Wednesday.”

Strouse also regularly assists emergency medical technicians in the city’s fire department who make repeated calls to the homes of senior citizens who have fallen. “Sometimes they have dementia issues and can’t take care of themselves, but other times it’s as simple as the need for a grab bar in a shower or next to the toilet,” she said.

Another way Strouse helps senior citizens or those who are disabled is addressing code violations at their homes when their homes are in disrepair and the homeowners can’t afford to fix them.

“This is another area where Rebecca has been very helpful to the city,” Kremer said. “Code enforcement officers are just doing their job when they cite these properties, which are often more than just eyesores; they can be dangerous health hazards. Through her work, we can often get them help to make the necessary repairs so these code citations can be resolved.” 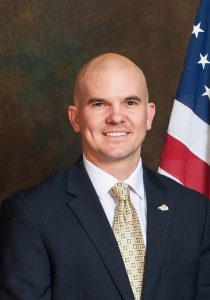 Another common role for Strouse has is working with young children who have been separated from their parents because the parents have been arrested, the children have been abused, or other issues have arisen that prevents the parents from taking care of their children.

“In any situation where kids are left without a caretaker, I assist our police in dealing with the children and ultimately placing them with the Kentucky Cabinet for Health and Family Services,” said Strouse, who served as a child protection investigator and family services supervisor with the Cabinet for 10 years before joining the Erlanger Police Department.

“That can free up a lot time for a police officer,” she said. “A good example is just the other day I was called in at 2 a.m. to pick up a young girl. I stayed with her until 8 a.m., at which time I was able to transfer her to protective services. If I had not been there, a police officer would have had to stay with her, which means that officer would have been off the street for six straight hours.”

Another issue that Strouse regularly deals with is homelessness. “You’d be surprised at the number of times our officers find entire families sleeping in their cars at night,” Strouse said.

Strouse said that in some instances she will place these families in a hotel for a couple of nights if the homelessness is temporary and their new housing was not yet available. In other cases, she works with local social-service agencies like Brighton Center and Welcome House to get these families more permanent housing.

Kremer said one area where Strouse’s services have been invaluable is working with School Resource Officers in Erlanger’s public-school system. “Our SROs, working alongside with our social worker, are two of the most important resources we have in the police department,” Kremer said. “The work these folks do with students and their families can help us to address issues before they become a bigger problem in the future.”

Strouse said while the work in Erlanger is demanding, it’s also rewarding.

“As a social worker, its where I’ve always wanted to be,” she said. “It’s something that has been 15 years in the making for me. To be a part of an organization that has been so supportive of this program and made it possible for me to do this work has been just great,” she said.

Strouse said it took about a year and half to put the program together, “to figure out what was needed and how to run the program,” but that the program is hitting on all cylinders now.

“People are now calling me directly or through one of our partners instead of calling 911 for a nonemergency, which helps free up the time so dispatch can deal with real emergencies and doesn’t result in a police service to a home or business,” she said

Strouse said that she thinks the program has helped to make the City of Erlanger a better place.

“If people are stable – mentally, physically, and emotionally – it makes the community stronger and our program helps to make that happen,” she said.

To help with pay for repairs and home improvements, purchase groceries for senior citizens, and obtain clothes and toiletries homeless families and toys for children temporarily placed in her custody, Strouse created the Erlanger E-Angel Program. Donations to this program are made through the city so they are tax-deductible. To donate to this program or to learn more about it, contact Rebecca Strouse at rebecca.strouse@erlangerpd.com.