Fact check: No evidence to suggest text scam is linked to sex trafficking 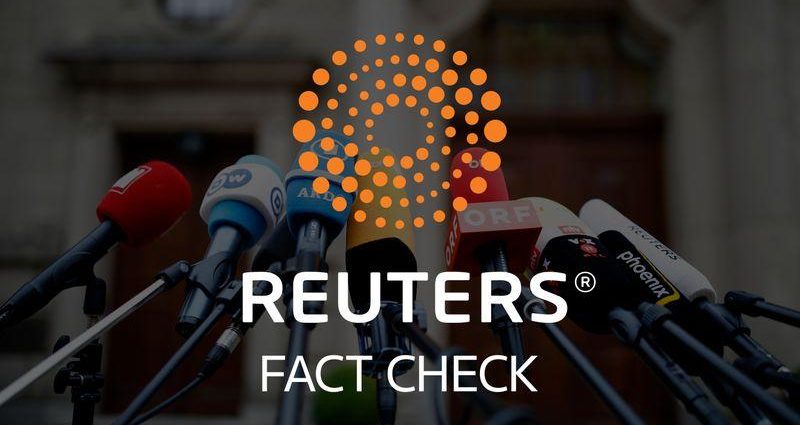 The viral posts (  here  ,  here  ,  here  ), show photos of a text message sent out in the phishing scam, which invites the recipient to click a link in order to confirm delivery of a pending package. One post is captioned “THIS IS A SEX TRAFFICIKING TEXT”, another is accompanied by the hashtag #SaveOurChildren.

Other examples include screenshots of a Facebook post which says, “ladies, I saw that if you get a text message like this that it’s used in sex trafficking. If you click the link it’ll allow them to track you”. The post has since been edited to say it doesn’t seem like it is linked to sex trafficking because of the amount of people getting the same message (here).

Facebook users who say they clicked on the link in these claims were redirected to pages saying they had been selected to win a prize, such as an iPhone or an Apple laptop, or that they would receive a prize if they filled out a survey.

The Richland Police Department in Washington told Reuters that the link “takes you to another page that states you have won an iPhone 11. If you agree to claim the prize, you will be asked for personal information.”

The spokesperson added that it appears more like a financial phishing scam: “While I cannot say 100% this isn’t somehow associated to sex trafficking once the info is given out, on the surface, it appears to be a phishing scam that is looking to victimize people financially.”

In February, the Federal Trade Commission (FTC) reported a similar scam where people received text messages claiming to be FedEx tracking notices but that actually took people to a fake Amazon page, invited them to complete a customer satisfaction survey, told them they had won a free prize and asked them to input their credit card number to cover the shipping and handling (here).

It appears this message was sent to many people all around the country. Usually, traffickers often prey on a victims’ specific vulnerabilities; the United Nations Office on Drugs and Crime (UNODC) explains that “human traffickers prey on vulnerable people who are poor, isolated and weak” because of their “disempowerment, social exclusion and economic vulnerability” that marginalized them and make them susceptible targets (here). In another report, the UNODC says that online traffickers “prowl social media and peruse personal profiles to identify vulnerable people and accomplices.” (here)

Conspiracy theories by the group QAnon often allude to a “secret campaign” being waged by U.S. President Donald Trump against a sex trafficking ring, known as Pizzagate. This stems from a fake online report that a Washington D.C. pizza restaurant was cover for a child sex trafficking ring (here). The New York Times explains the conspiracy theory in depth  (here) . Some social media users are reviving these theories in the run up to the November election.

The New York Times reported in August that followers of the conspiracy theory have been sharing the hashtag ‘SaveTheChildren’ and ‘SaveOurChildren’, taking resources away from actual child trafficking hotlines and groups working to tackle this issue (here).

False. These are actual phone scams but there is no credible evidence to suggest they are linked to sex trafficking. The FTC has reported on similar scams before, which aimed to take people’s personal information.

This article was produced by the Reuters Fact Check team. Read more about our work to fact-check social media posts here .