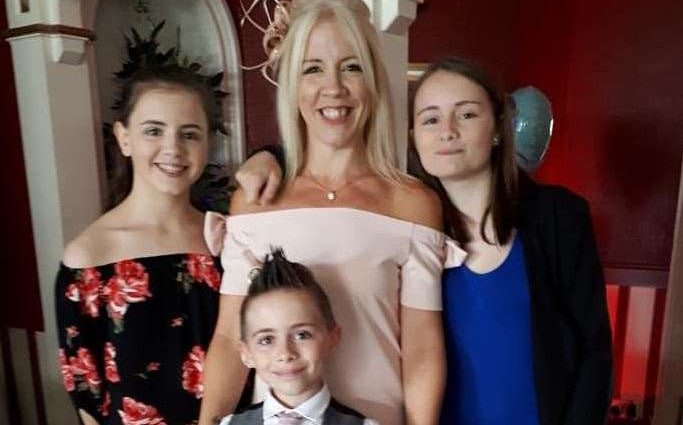 A mother-of-three fighting an eviction notice she feels is ‘unfair’ says she won’t enjoy Christmas knowing she might be homeless in the new year.

Joanne Chapman lives in a Golding Homes property in Park Wood Walk near Maidstone with her children Phoebe, 19, Leah, 16, and Brady, 12.

She moved in with her family two years ago but now fears she will be left homeless after her ex-partner allegedly ended their joint tenancy without her knowing.

Mrs Chapman was originally given until December 5 to move but because of the pandemic, it was extended to January 31.

While she is pleased she will have a roof over her head this Christmas, she feels the extension has only prolonged the inevitable.

The 44-year-old said: “Unbeknown to me, when my ex moved out he contacted Golding Homes and told them to end the tenancy.

“They agreed without my knowledge or my permission, despite my name being on the agreement, to his request.

“I am at my wits’ end and my kids are devastated.”

“I won’t enjoy Christmas knowing I still have to deal with this worry after, it will still be hanging over me.

“I don’t think it’s right at all so I’m going to keep fighting it.”

Mrs Chapman, who is a self employed cleaner, tried to fight the decision but says her appeal was rejected.

With few options left, she has created a petition to raise awareness and ask people to support her fight against the eviction.

It has so far received more than 600 signatures

She added: “Being left homeless is a genuine concern because I can’t afford to rent privately and I’m not working at the moment due to Covid-19 so the whole situation is unfair.

“I am at my wits’ end and my kids are devastated.”

The Director of Operations at Golding Homes, Annemarie Roberts said: “Golding Homes works hard to support our customers and we are talking to Mrs Chapman and encouraging her to seek independent advice, relating to ongoing legal matters which impact her claims to further housing.

“We are unable to disclose further information, but do understand this is a difficult time and are agreeing with Mrs Chapman an extension to her permission to occupy for another month, through to January 2021.

“Golding Homes is committed to supporting all customers, based on their individual circumstances, working closely with third party experts, where needed.”

Read more: All the latest news from Maidstone