Family Hub Matters: Limerick-based service has been a lifeline for adults and children in challenging times 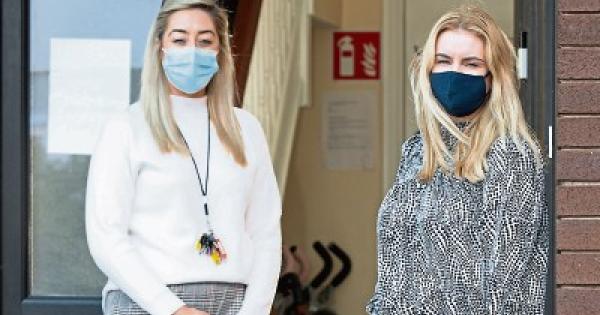 The Family Hub is a 24/7 high threshold emergency accommodation for families in Limerick city. Families are referred to the hub by the Limerick Homeless Action Team (LHAT).

Earlier this year the Family Hub was repurposed as a cocooning space to protect vulnerable individuals from contracting Covid-19.

In March, families staying in the Family Hub were relocated and the hub was changed into a cocooning project for men who were classed as vulnerable citizens, Mid West Simon Community’s Team Lead Agnes Carey said.

“We received ten men from a hostel who were either over 70 or had underlying health conditions so they could cocoon safely. These men have just moved out and we have returned to being a Family Hub,” Ms Carey explained.

Ms Carey said that demand for the Family Hub is on the rise again following its resumption.

The Family Hub provides temporary accommodation for up to 10 families at a time. The Mid West Simon Community then supports these families in moving on to long-term permanent accommodation.

It is aimed that families will stay in the Family Hub for a maximum of three to six months, but this quick move, on time, is not always achievable if suitable long-term accommodation is not available.

Each family receives one or two rooms, depending on family size, with an en suite bathroom.

The Family Hub is more suitable for families than living in hotels or hostels as they have access to cooking and laundry facilities and receive assistance in securing permanent accommodation, Ms. Carey said.

After families have been successfully moved into long-term accommodation, the outreach workers provide tenancy support to ensure these families can sustain their tenancies and don’t return back into homelessness.

This outreach support includes budgeting advice and referrals to outside agencies in areas such as counselling and parenting support.

A 56-year-old mother from Limerick city, who wishes to stay anonymous, stayed in the Family Hub with her two teenage daughters in 2018.

The mother-of-two had been renting an apartment for eight years until rent increases meant she could no longer afford payments.

“I’ve worked all my life. I’ve never been on social welfare. I’ve always managed to work but here I am, finding myself in a situation that I thought I would never be in,” she said.

Limerick Homeless Action Team (LHAT) supported the family in moving into a hotel where they stayed for six weeks. LHAT also put the mother in touch with the Mid West Simon Community.

Following an interview with a member of staff from Mid West Simon Community, the mother and her two teenage daughters moved into the Family Hub.

“We moved into the hub and we had one room with three beds and our own en-suite.

“We were grateful that we were moving out of the hotel and moving in there. The hub and the staff were brilliant. We could cook and prepare our own meals and stuff like that. We couldn’t do that in the hotel,” the Limerick based mother said.

The mother of two said that she was grateful to be in the Family Hub but worried that living in emergency accommodation long term was having a negative effect on her teenage daughters’ mental health, as well as her own.

“I had to try hold it together because of my children, but I found it very hard myself.

“At that time you’re suffering because you’ve let yourself down, you’ve let your family down and there’s a lot of emotion that goes on in your head when you become homeless,” the mother of two said.

The family were eager to move on to permanent accommodation. In 2019, the Mid West Simon Community helped them to secure a home.

“Mid West Simon Community got me a house and, oh my God, that was the most exciting day ever.

“After 15 months, when I had a key to open my own front door and my kids had their own space, it was unbelievable.

“The joy and the peace we felt. We cried and cried for many days, to actually be in a place as a home and just start our life again,” the Limerick city mother said.

She added that Mid West Simon Community continued supporting the family after they moved on to permanent accommodation which she remains very grateful for.

“I cannot thank Mid West Simon enough for what they did for me. They’ve been extremely helpful. They’ve always been there if we’ve had a problem, if we wanted to talk to them. I can’t thank the staff enough,” the 56-year-old mother said.

The Family Hub was established by Mid West Simon Community in September 2017 in response to the effect the housing crisis was having on Limerick families.

Mid West Simon Community provide services to men, women and children who are homeless or at risk of homelessness across Limerick, Clare and North Tipperary.

2020-11-08
Previous Post: Tens of thousands made homeless despite UK ban on evictions during pandemic | Homelessness
Next Post: 2020 Enquirer Woman of the Year: Judge Heather Stein Russell