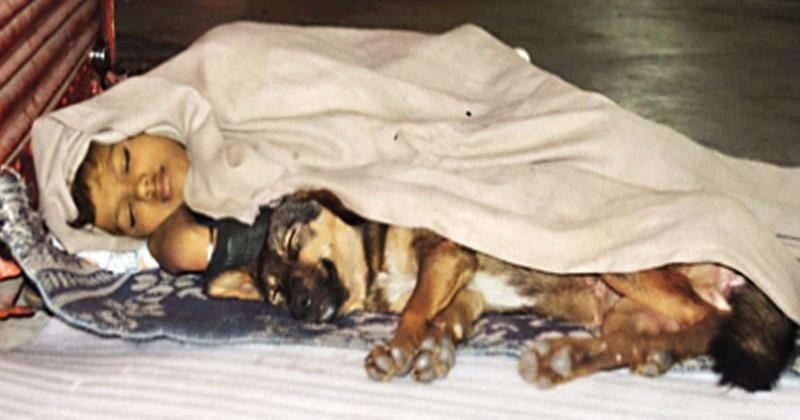 A picture of a homeless boy who looked 9-10 years old sleeping with a dog went viral after a local photo journalist in Muzaffarnagar posted it on social media. But what’s so special about the boy and why his picture melted many hearts online? 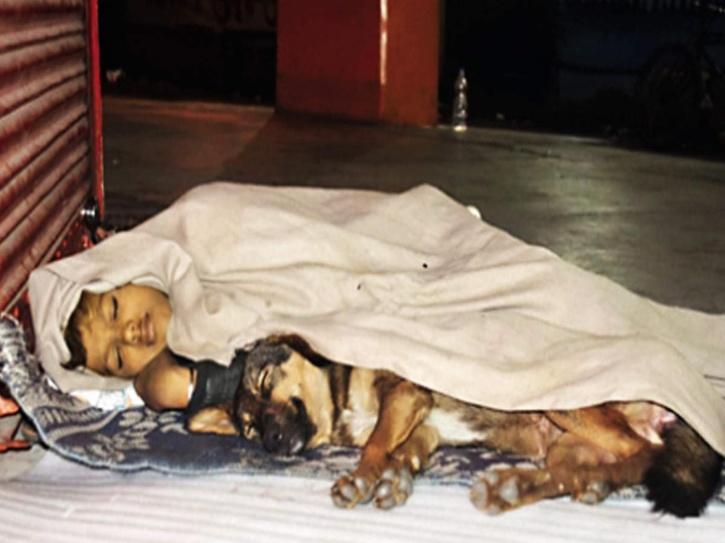 Identified as Ankit, the boy’s father is in jail and his mother has abandoned him to be left on the streets. He survives by selling tea and balloons. When asked of his family, he knows no one and doesn’t know where he is from.

He sleeps on footpaths with his only friend, Danny, a dog, who stays with him always. Life had been like this for Ankit for the last several years. Whatever Ankit earns during the day, spends in feeding himself and Danny.

How was he discovered?

A fortnight ago a local photojournalist clicked a picture of both sleeping in one blanket at night outside a closed shop, and it went viral. Since then, the administration had been trying to trace the child. It was only on Monday morning that the child was eventually found.

The boy is now under the care of the district police after Muzaffarnagar SSP Abhishek Yadav had pressed a police team to search him several days ago.

According to the tea stall owner where he worked at times, Ankit’s dog never leaves his side. “The dog would be sitting in a corner as long as the boy worked here. Ankit is self-respecting and would never take anything for free, not even milk for his dog,” he said. 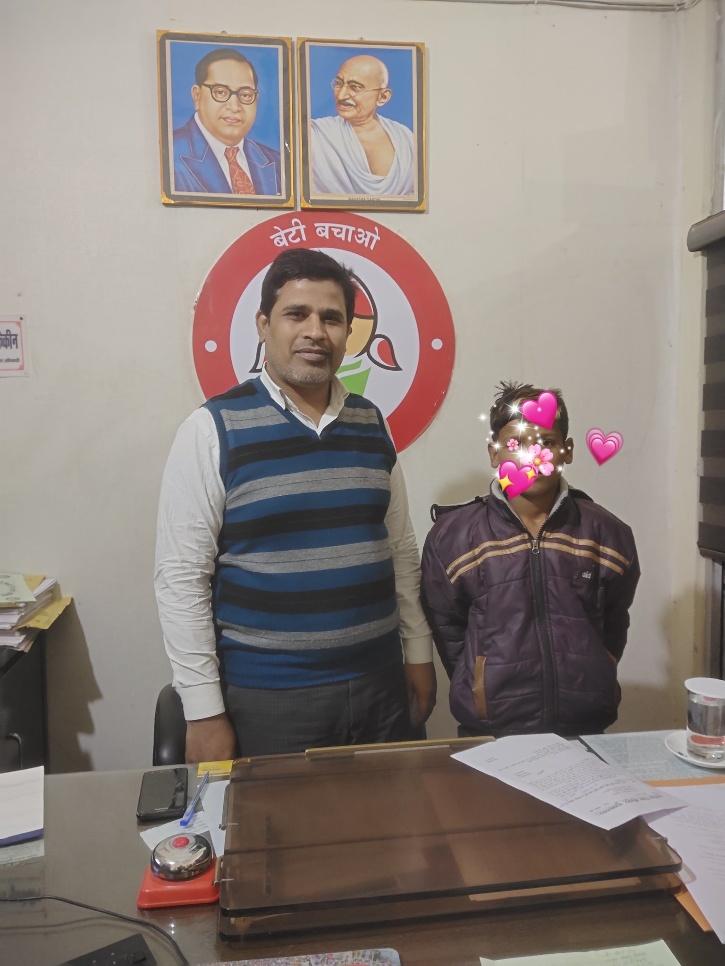 Where is he now?

Muzaffarnagar SSP Abhishek Yadav said, “Now, he is under the care of Muzaffarnagar police. We are trying to trace his loved ones and his pictures were sent to various police stations in adjoining districts. We have also alerted the district women and child welfare department.”

Ankit is now under the care of the district administration of Muzaffarnagar. He was residing safely with a family. He is healthy, fit and happy. All efforts are being done to trace his family. Planning to enroll him in a school also.He is now in safe hands.@NCPCR_ @UPMahilaKalyan

This happened after the picture garnered many likes and comments with some urging the authorities to lend a helping hand, while some others themselves wanted to help. Take a look:

This should quickly be taken to some secure orphanage or a similar place.
As he is news now he needs to be helped and be safe.

Some even questioned the journalist criticising him for not reaching to help the boy.

Journalist was curious to take photo but failed basic human rights to take him to nearby shelter home..
This shows media cares only for trp rather than journalism.

You have melted heart which is ready to click picture but no heart to take him to shelter home.

Some supported the journalist’s cause.

Still, it was that photo which makes that boy viral and then police came to know about him. And now he is in better care than any nearby shelter home.

However, everything’s well if the end is well. The boy is finally in good care now.

City Kotwali SHO Anil Kaparwan, said Ankit will live with one Sheela Devi, a local and the boy’s n acquaintance, whom he calls her “Bi”.

Ankit will study in a private school until his family is found. The school has agreed to give free education to him after the police placed a request with the school management, said the SHO.