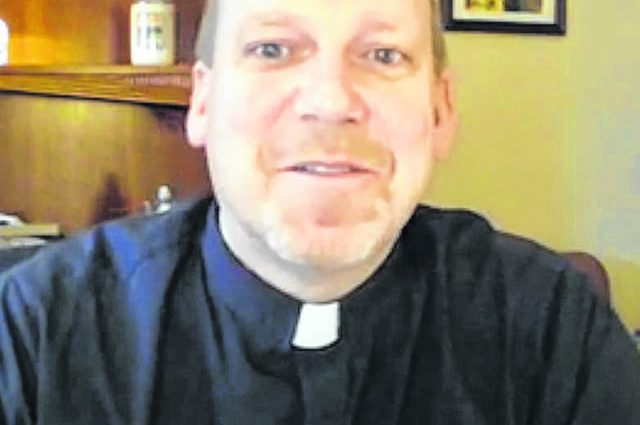 The Findlay priest was arrested on Aug. 18 of this year and has remained in federal custody since then. He previously served as a priest in Van Wert.

According to court documents, from approximately 1999 to July 2020, Zacharias is accused of engaging in the activity of sex trafficking of a minor victim and using force, fraud or coercion to sexually traffic other minors and adults. During this time, he was enrolled as a seminarian and employed as a priest at various religious institutions in the Northern District of Ohio and elsewhere. He is accused of allegedly using his position of trust to seek out underage, minor victims and guide them into performing sexual acts. In addition, the he is accused of using the drug addiction of his victims in order to coerce them into performing commercial sex acts.

In one instance, he allegedly used his position to meet a minor victim at a local school while he was enrolled in the seminary. He allegedly groomed the minor victim, a process in which the sexual abuser befriends and establishes an emotional connection with a child, and sometimes also family members, to lower the child’s inhibitions with the objective of sexual abuse by providing him with attention, affection, money, gifts and inappropriate sexual comments. After establishing a connection, the defendant is accused of performing sex acts with the victim and creating a process in which he would give the victim money to be used in order to further their drug addiction in exchange for the sexual acts.

This behavior allegedly continued throughout the victims’ life into adulthood.

In another instance, the defendant is accused of grooming the underage sibling of one of his victims into similar behavior — using a drug addiction and money to maintain their relationship.

The FBI is encouraging anyone that has had contact with Zacharias where they may have been groomed for possible future sexual purposes, they were inappropriately touched, or they were sexually assaulted by Zacharias to contact the FBI at 216-622-6842. All information will be strictly confidential.