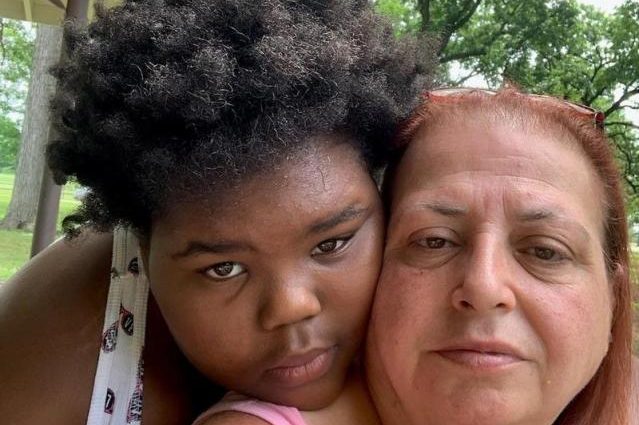 Any Sanchez of Joliet said Michal is always giving food to the homeless and donating gently used clothing that Michal washed herself.

“She owns a cell phone store downtown Joliet, and they [the homeless] would come in to keep warm,” Sanchez said in a Facebook message. “It started off with making snacks and sandwiches then she saw kids I needed clothes.”

Michal said she started helping the homeless about five years ago out of compassion, she said. It irked her that people put down these people who, for whatever the circumstances, had no home of their own, she said.

“They don’t get to know them or hear their stories,” she said.

Michal recalled one homeless diabetic who lived in downtown Joliet. He had trouble walking, so he couldn’t always make it to one of the missions for a free meal, she said.

One night she found him eating crackers from a garbage can and shaking. Being a diabetic herself, Michal recognized the signs of low blood sugar. She immediately went for food to bring the numbers back to normal.
Michal said she also told him to contact her if he needed food again.

“We were able to get him a wheelchair so he could push himself to the mission and eat,” she said.

Once a month Michal hosts “laundry day.” She makes the rounds of the homeless people she knows, gathers up their clothes, takes them to a laundromat, folds them and returns them “smelling better” than they did, she said.

Michal said she also cooks a full meal and distributes it each day. She makes up hygiene packages and distributes those, too. She does this all on her own dime. The only donations she receives are for clothes, she said.

Even then, Michal is picky about the clothes she’s distribute: clean and without “stains and dog hair.” That’s especially true when the recipients are children.

“I don’t want them to get bullied,” she said.