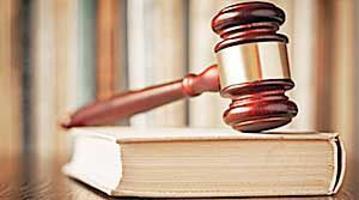 A group of Omaha men could face life in prison if convicted of sex trafficking minors in and around Omaha and Norfolk.

The conspiracy involved recruiting and transporting minors and placing online advertisements for commercial sex acts with minors at various locations in and around Omaha and Norfolk, according to the U.S. Attorney’s Office press release. The conspiracy also involved the use of threats of violence and controlled substances to control the minors and young women being trafficked.

Kelly recognized the efforts and cooperation of Homeland Security Investigations, the Nebraska Attorney General’s Office and Omaha Police Department in investigating this and other cases involving the sex trafficking of minors.

“There is no higher priority than the prosecution of people who commit these evil acts,” Kelly said. “Human trafficking prosecutions require the excellent federal, state and local cooperation that was involved in this case.”

An indictment is a formal accusation returned by a grand jury upon establishing probable cause. The indictment is not evidence of guilt, and defendants are entitled to a presumption of innocence.

This case was brought as part of Project Safe Childhood, a nationwide initiative to combat the growing epidemic of child sexual exploitation and abuse launched in May 2006 by the U.S. Department of Justice.

Project Safe Childhood marshals federal, state and local resources to better locate, apprehend and prosecute individuals who exploit children via the Internet, as well as to identify and rescue victims.

This case was investigated by Homeland Security Investigations, the Nebraska Attorney General’s Office and the Omaha Police Department.