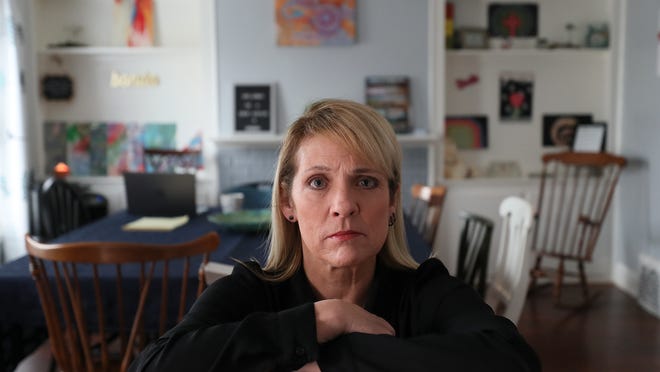 It was a difficult start to the new year this weekend at one west Louisville nonprofit.

Organizers with Free2Hope, a charity based out of the city’s Portland neighborhood that provides support to sex trafficking victims, say their Main Street headquarters was hit with more than 25 bullets over the weekend in a Saturday social media post.

“Why do people think this is a great time to shoot their guns? We just got finished painting this not even 6 months ago,” a social media post from the organization that included photos of the damage said. “We really did not need this right now.”

Amy Leenerts, who runs Free2Hope, wrote that no one was injured in the shooting and she believes the damage was caused by someone celebrating New Year’s Eve. Louisville Metro Police Department spokesman Dwight Mitchell said Monday morning that a criminal mischief report had been filed after the shooting. LMPD is investigating, he said.

Several instances of gunfire in the area around the time the shooting is believed to have taken place, Mitchell added, were reported by ShotSpotter, gunshot detection technology located around the city.

For many, firing a live round into the sky is not an uncommon way to celebrate the annual holiday, even if the practice is dangerous and illegal. Injuries attributed to celebratory gunfire were reported in cities across the nation over the weekend, including an 8-year-old boy in Houston who was struck by a bullet early Saturday morning.

Free2Hope, at 2539 W. Main Street in Louisville’s West End, is a drop-in center that connects victims of sex trafficking and domestic violence with support and resources.

In a social media post Monday morning, Kentucky Gov. Andy Beshear shared a link to Free2Hope’s website and urged others in the Bluegrass State to support the organization after the weekend shooting. Free2Hope encourages donations from the community to support the people it helps.

“Free2Hope provides help and healing to those who have been abused and trafficked,” Beshear wrote. “On New Year’s Day, it’s drop-off center was riddled with bullets. Let’s band together to help, and show love always wins over hate.”

Lucas Aulbach can be reached at laulbach@courier-journal.com, 502-582-4649 or on Twitter @LucasAulbach.