From Hotels To Homes: How San Francisco Is Rehousing Its Most Vulnerable Homeless People 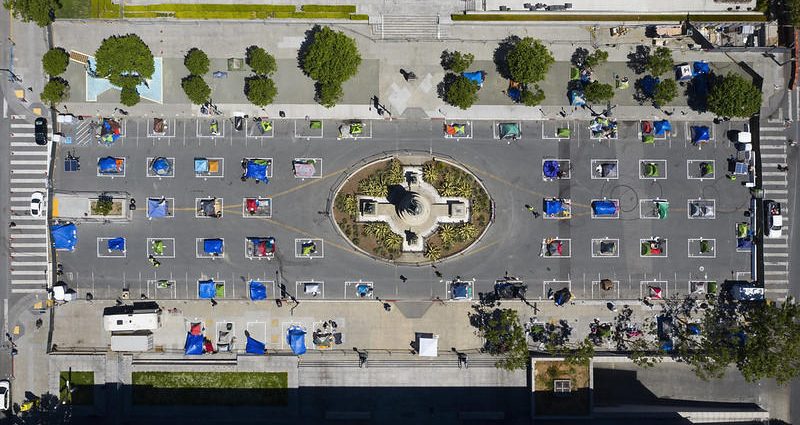 On November 3, San Francisco began to phase out a program that provided its most vulnerable unhoused population with hotel rooms during the pandemic.

When coronavirus shut down San Francisco back in March, its 9,700-plus homeless population was one of the city’s biggest concerns. How could people living on the street stay safe during the pandemic?

Since April, San Francisco has leased around 2,600 hotel rooms to move many homeless residents off the streets or out of shelters.

The city’s Department of Homelessness and Supportive Housing (DHSH) says this Shelter in Place (SIP) program was always intended as a temporary measure, not a sustainable long-term solution.

Director Abigail Stewart Kahn says hotel housing costs more than three times as much as a navigation center — around $260 a night compared to $70.

San Francisco says it will start moving more than 2,359 homeless people currently in hotels into permanent or safe sleep housing from this month. The city promises to buy or lease 1,500 units of permanent supportive housing over the next two years.

Stewart Kahn says: “Housing is the only permanent solution to ending homelessness, and now more than ever it is the best form of healthcare. Which is why in the SIP rehousing, we are focused on housing people and making an investment in that rather than in continuing to shelter them.”

The four-phase plan will see all 25 SIP hotels shut by next May. Phase one involves moving around 500 people before Christmas.

Critics say it’s an ambitious plan that doesn’t take into account hotel residents’ anxiety about the changes, or homeless people’s complex needs. And, they worry that if not executed correctly, encampments may pop up again soon.

2020-11-05
Previous Post: For Those Who Can’t Speak
Next Post: Man charged in Daviess County with child pornography sentenced to 25-years in prison