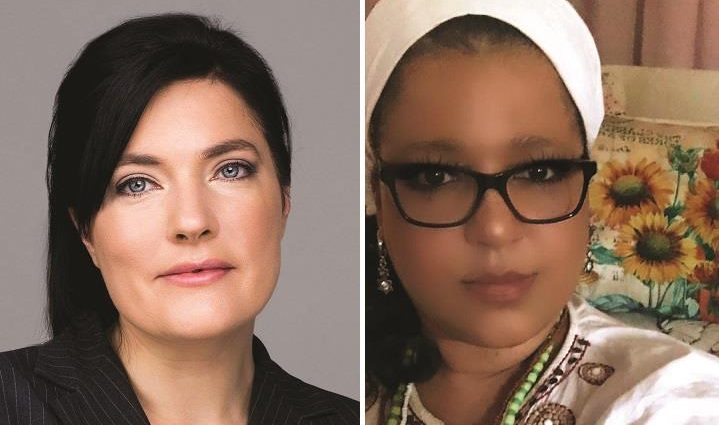 Full decriminalisation of prostitution would be a complete disaster for Malta, and there will be no controlling the Maltese sex trade, Rachel Moran, prostitution and sex trafficking survivor told The Malta Independent on Sunday.

“Prostitution is commercialised sexual abuse, and we need people to understand that it’s every bit as unacceptable as domestic violence. A fully decriminalised sex trade would be a disaster for your nation, and the biggest gift you can give a pimp is immunity from the law.”

Whilst not many sex workers in Malta are yet comfortable to reach out openly about their own experiences, The Malta Independent on Sunday has spoken to two prostitution and sex trafficking survivors from other countries, who explained why prostitution should not be fully decriminalised.

The discussion on a reform on prostitution and human trafficking laws has been a heated one. Back in August, the Parliamentary Secretary for Equality and Reforms, Rosianne Cutajar, had informed this newsroom that the Prostitution Reform Technical Committee is in the initial stages of drafting a legal framework that aims to decriminalise sex work.

A coalition of 40 women’s organisations, better known as the Coalition on Human Trafficking and Prostitution, has argued that ditching the Nordic model is an insult to women and that full decriminalisation will turn Malta into a “hub for sex tourism.”

This newsroom spoke to Irish Rachel Moran, who is the founding member of SPACE International and author of ‘Paid For – My Journey Through Prostitution’. SPACE is an organisation which aims to change social attitudes towards prostitution and publishes women’s testimony about their experience of sex trading. This newsroom also spoke to Brazilian survivor Liliam Altunatas, who forms part of Italy’s Resistenza Femminista, which is an organisation of feminist activists and survivors who fight against sex trafficking, prostitution and the violence and discrimination found in the sex industry.

Sex trafficking would explode if decriminalised in Malta

Both survivors commented that full decriminalisation is the wrong choice for Malta. “The Maltese people need to know what they are up against if they choose decriminalisation,” said Rachel. “In a nation with a high migrant community and a fully decriminalised sex trade, you can expect sex trafficking to explode.” She said that decriminalising sex buying in Malta will see an escalating growth of mayhem on the island and have a very negative impact on society which will be extremely difficult to reverse.

“In a nation where you tell every man in the land that it’s acceptable to pay to use women, you inevitably and immediately increase demand. Women then need to be found to meet that demand, and they are drawn from the most vulnerable groups in society.”

Liliam stressed that full decriminalisation is a total failure which destroys women’s rights and sexually exploits them. “Young people will grow up in a world where women can be considered commodities, and in countries such as New Zealand and Germany, the rates of sexual and domestic violence have increased as a result of the increase in the demand for sexual exploitation.” She pointed out that in countries like Sweden, that introduced the Nordic Model, no women have been killed. “People and politicians need to understand that fully decriminalising sex work means that profiteers like brothel keepers and escort agency owners will stop being considered pimps and become respectable businessmen.”

When asked why the Nordic Model would be the ideal choice for Malta, both highlighted that prostitution should be recognised as a massive violation of human rights and an obstacle to gender equality and social justice. “The Nordic Model is the only human rights driven legislation framed to deal with the sex trade on the earth today. I do believe the day will come, many years in the future, when we will regard prostitution with the same sense of appal with which we now regard chattel slavery,” explained Rachel.

Sold as a commodity for men

Rachel and Liliam revealed their experiences and the harsh realities of prostitution; and why they speak out openly everyday about the need to criminalise the purchase of sex.

Rachel was involved in prostitution for seven years, from when she was 15 years old to 22. “I had four pimps and they all treated me the same way. They sold me as a commodity,” she said. She recalled how, back then, the term pimp was not used and it was common for young girls involved in the prostitution to refer to these men as their ‘boyfriends’.

Liliam said that she grew up in a very poor background, and was raised in a favela in Recife. “After my parents split up and I moved in with my father’s family, a close relative began to sexually abuse me when I was only six years old.” She said that she was desperate to run away from home, and began living on the streets, where she then met a female pimp who promised her a safe place to live. “I trusted her, as I dreamed of a better life; instead that is when the nightmare began. I realised I was kidnapped, and I was left in a house where men would come and rape me and the other children who lived there.”

By the age of 15, Liliam had been sold to a trafficker, who took her and other underage girls to Germany to be sexually exploited in a brothel. Once German police did free her from her traffickers, there were no proper exit programmes for sexually exploited girls and women, and after a while she ended up back in prostitution. “As a poor, migrant young girl, who has only experienced violence in her life, I was marginalised, I felt society considered me as rubbish and prostitution was the only means of survival for me. My ordeal lasted for 13 years, after I finally managed to leave prostitution at 22.”

Both recount how it was difficult to exit prostitution and both faced trauma. Liliam recalls how since her own childhood she was never given the opportunity for a better education, to develop her social skills or to build her own future. “I was reduced to a commodity by abusers and traffickers and I thought that being a sexual object was the only thing I was good at.” She became a drug addict in order to endure the on-going sexual abuse she faced, and developed eating disorders and attempted suicide a number of times. “The process of healing from the consequence of multiple traumas has been long and painful.”

‘Everyone I ever met in prostitution had a similar story’

“Everyone I ever met in prostitution had a similar story, that we all came from a place of negativity, whether it was poverty, sexual abuse in childhood or a combination of both,” said Rachel. “Women don’t turn to prostitution from places of positivity, and that should say something in itself.”

Liliam reflected the same comments, where she recalls meeting poor disenfranchised women and girls in the sex trade. “I have witnessed a lot of pain and suffering that I and these girls had to face, and that pain and death will rest with me forever.”

When asked why they both decided to go out publicly and share their stories, both wanted to tell the truth about the realities of prostitution. “I knew that prostitution had persisted all these centuries precisely because women’s fear and shame had kept them silent. It’s not that I wasn’t scared, but we have got to talk publicly about prostitution in order to lay bare the reality of its nature,” explained Rachel.

Liliam said that she was tired of hiding herself and telling lies about her past, hiding the pain and trauma she dealt with. “I couldn’t live in that way, I couldn’t forget all the friends who died and didn’t have the possibility of fighting and rebuilding their lives. I was tired of the oppressors and criminals who were free to kill and torture as I remained silent.” She said that she decided to go public for all the women who died because of prostitution or are still trapped in the sex trade. “I also speak out for all the survivors who are still not ready to talk about what happened to them, and to let them know that they are not alone, but have support waiting for them, to help them.”