General recommendation No. 38 (2020) on trafficking in women and girls in the context of global migration (CEDAW/C/GC/38) – World 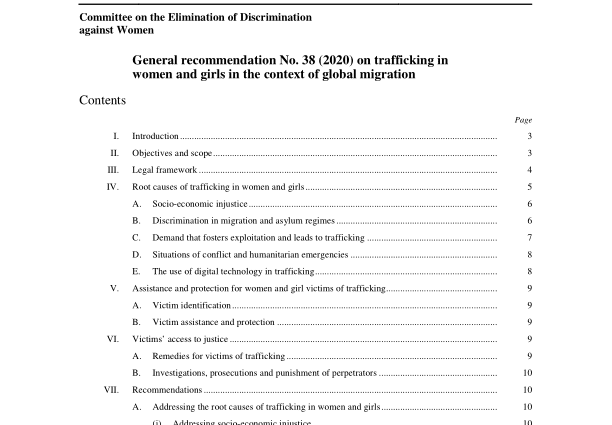 2020-11-11
Previous Post: Getting homeless families off the streets
Next Post: Podcast: Martha Stone on Challenges of Homeless People During COVID-19