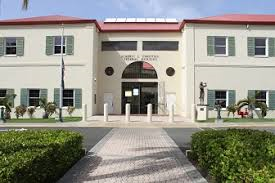 A 2019 sting operation by federal authorities led to a plea deal Oct. 14 in St. Croix District Court in which Rashead Gerard admitted he answered an online ad from an agent posing as the father of a 14-year-old girl.

When he was arrested near Fort Frederick on Aug. 12, 2019, Gerard had a negotiated fee and condoms in his car for the meeting with the agents he’d been negotiating with. He was charged with two counts apiece of sex trafficking of children and coercion or enticement of a female.

Under the terms of the plea deal, the charges were reduced to a single count of sex trafficking. According to court documents, Rashead admitted to answering an online ad for a tour guide. The person who posted the ad said he was the father of a 14-year-old girl who was visiting him on St. Croix and that his daughter wanted to make some money.

The two discussed prices and what the female minor – who did not really exist – would do for the money. According to the affidavit in support of a criminal complaint filed by Special Agent Nathaniel Copping from the Department of Homeland Security, Gerard described two sex acts he’d perform with the minor during an encounter lasting 30 minutes.

The document filed by the U.S. Attorney’s Office as part of the plea deal said Gerard “knowingly persuaded, enticed or coerced any individual to travel to the Territory of the Virgin Islands … (and) that the purpose of travel was for the individual to engage in any sexual activity for which any person can be charged with a criminal offense.” The activity described is a violation of the United States Code, Title 18, Sections 1591 and 2422.

Sentencing is set for Feb. 16 before Chief District Court Judge Wilma Lewis. Possible sentencing includes a prison term of 20 years to life and a maximum fine of $250,000.